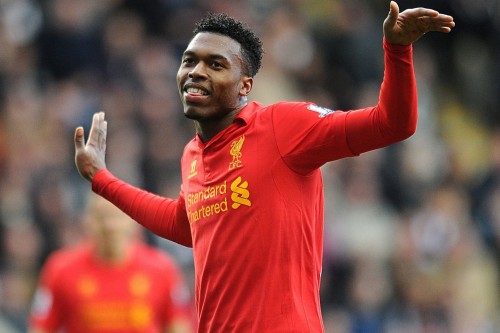 Jurgen Klopp is expected to make two changes to the side which defeated Everton 1-0 in the Merseyside derby when Liverpool face Stoke at Anfield on Boxing Day.

Daniel Sturridge is expected to start up front ahead of Divock Origi after the striker returned as a substitute to set-up Sadio Mane’s stoppage time winner against Everton.

The 27-year-old could start in attack alongside Roberto Firmino and Mane but Origi could be dropped despite scoring five goals in his last six games for Liverpool.

Emre Can is in line to come back into the starting line-up after coming on as a substitute in Monday evening’s 1-0 victory but that means Giorginio Wijnaldum could be the second of the two attack minded players to miss out.

Joel Matip could still be sidelined through injury so Ragnar Klavan is expected to start at centre-back alongside Dejan Lovren after the pair performed well against Everton.

The defensive duo are likely to be joined in the back four by Nathaniel Clyne and James Milner, who have started the majority of Premier League games at right-back and left-back respectively.

Simon Mignolet should retain his place in goal ahead of Loris Karius following solid performances against Everton and Middlesbrough in the last two weeks.

In midfield, Adam Lallana is expected to start in an advanced role, while Jordan Henderson and Can start in their familiar holding roles.

Philippe Coutinho is still recovering from injury but he has targeted the New Year’s Eve clash against Manchester City as a potential comeback date.

In other Liverpool news, these two legends are in the best possible XI of former January signings.