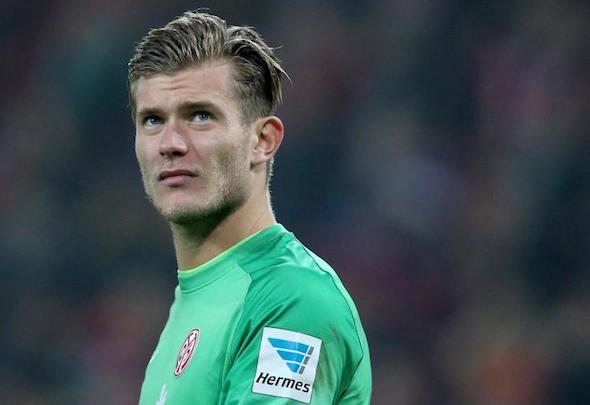 Liverpool supporters on Twitter have overwhelmingly stated that goalkeeper Loris Karius should start against Hull on Saturday in place of Simon Mignolet.

Jurgen Klopp has a big decision to make on whether to stick with established No1 Mignolet to turn to summer signing Karius.

The 23-year-old moved to Liverpool in the summer from German side Mainz and kept his first clean sheet on his competitive debut against Derby County in the EFL Cup on Tuesday night.

The German had injured his hand during pre-season, which allowed Mignolet to remain in goal for the opening five league matches of the season.

But with the duo both fit and ready for first team action, supporters have decided that they would like Karius as their number one keeper for the weekend clash at Anfield.

Belgian Mignolet has been prone to making mistakes during his time at Anfield, with supporters stating on Twitter that Karius should now be the first choice keeper at the club.

One Anfield supporter believes Karius is good with his feet and commanding in all aspects of his game and should be brought in as number one.

Another fan claimed that Mignolet’s time as keeper is over with Karius’ arrival, with the majority of supporters backing their new arrival to become their senior keeper.

Haven't seen enough of Karius yet but i suppose he isn't Mignolet. Which is why he should start.

In other Liverpool team news, Jan Molby believes this Liverpool player has undergone the biggest transformation.