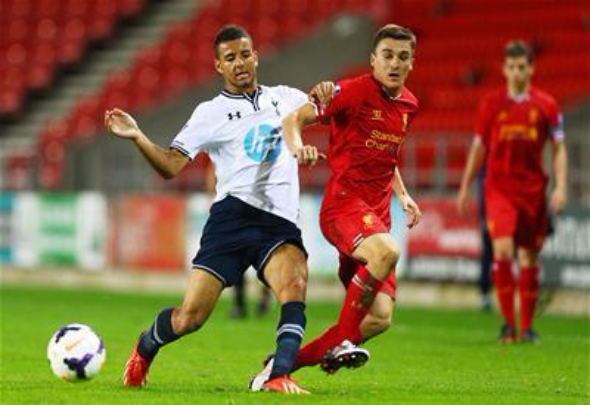 The now 22-year-old made the move to the National League North on November 5 after being released by Colwyn Bay earlier in the year.

He had scored three goals in his first two appearances for Curzon and his goals on Sunday in the FA Cup have taken his tally up to six in three.

The striker helped his side take a three goal lead after 63 minutes with his hat-trick, but League One side Wimbledon fought back to a 4-3 victory in a dramatic last 10 minute comeback.

Liverpool fans acknowledged their former striker’s goals on social media, with many believing he was once a bright prospect.

that hatrick he's popped in will do him no harm ⚽️⚽️⚽️

#LFC Adam Morgan with a hatrick in the FA Cup.👏👏👏

I had such high hopes of seeing him playing for the first team. Haven't lost hope that he'll play in EPL soon

Morgan joined Brendan Rodgers’ Liverpool squad on their tour of the US in 2012 and he was handed his senior debut months later during a Europa League qualifying match against Hearts.

The former young starlet has since played for St Johnstone, Accrington Stanley, Hemel Hempstead and Colwyn Bay, before now finding himself at Curzon Ashton.

In other Liverpool news, Michael Owen has delivered his title verdict.