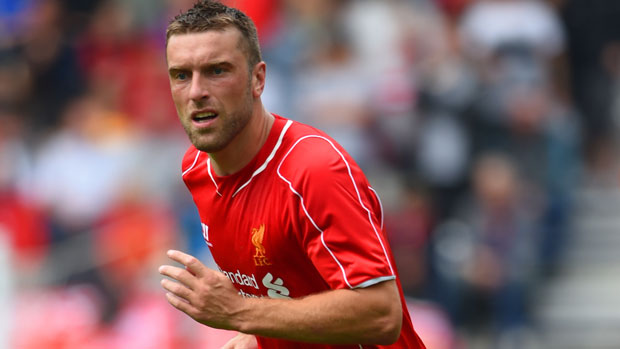 Liverpool supporters have paid tribute to Rickie Lambert on social media after the former England international announced his retirement from professional football.

Simon Peach, chief football writer at the Press Association, posted an official statement from the 35-year-old striker on his official Twitter account which confirmed that Lambert would be hanging up his boots.

After helping Southampton gain promotion to the Premier League and help the club secure survival in the 2012/13 campaign, Lambert completed a move to Anfield in 2014 for a reported fee of £4million.

The striker was asked to replace the goals of the departing Luis Suarez and improve the Reds’ second-placed finish during the previous season.

However, Lambert was unable to replicate his Southampton performances on Merseyside, scoring three goals and providing two assists in 36 appearances for the club.

Although he failed to meet expectations at Anfield, Liverpool fans still took to social media to thank Lambert for his one season at the club.

Lived the dream of playing for Liverpool,happy retirement Rickie Lambert

Happy retirement to a true red, Rickie Lambert. Wore the shirt for all us who would love to put on the shirt. #LFC #YNWA pic.twitter.com/BZYR6oF7F5

All the best to former Red, Rickie Lambert, who has today announced his retirement from football at the age of 35 #OneOfOurOwn #YNWA pic.twitter.com/gBy7sQGWk3

Ah sad to hear that Rickie Lambert has retired, I wish he was given more of a chance at #LFC

Happy Retirement to Rickie Lambert. A local lad who worked hard right through the leagues to live the dream… pic.twitter.com/m3BXJcWRgW

Lambert retires from the game having scored 224 league goals in his professional career and notching up three goals for the England national team.

In other Liverpool news, the Reds are in the hunt to sign this attacker who is currently in blistering form and is about to be offered a contract.