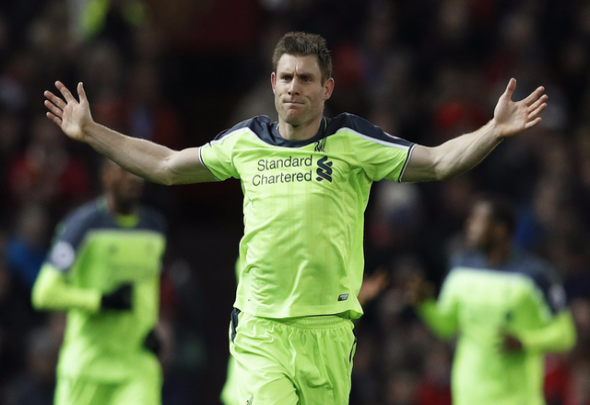 Liverpool have been left sweating over the fitness of the versatile James Milner after he picked up an injury during their pre-season friendly with Leicester City.

The club report on their official website that the central midfielder, who played a key role at left-back for the majority of last season, was taken off on Saturday after informing the management team of an issue with his thigh.

It is stated that he underwent tests at the club’s training ground today (Monday), and while it is said that while it does not appear to be a serious injury, he will be monitored to adjudge whether he is able to take part in training and their upcoming friendlies.

The Reds beat the Foxes 2-1 in Hong Kong to secure the Premier League Asia trophy, with Milner turning out at left-back as opposed to his natural midfield role, which was filled by Adam Lallana, Georginio Wijnaldum and Phillipe Coutinho.

His injury could be a boost to new arrival Andrew Robertson, who arrived from Hull City on Friday for a fee of £10million.

The Scottish international may have been forced to bide his time while Milner was fit, but Klopp is unlikely to take a risk on playing the experienced England international and as such Robertson could get his chance against Hertha Berlin on Saturday.

In other Liverpool news, Klopp has stated that this Liverpool attacker is up for sale this summer.