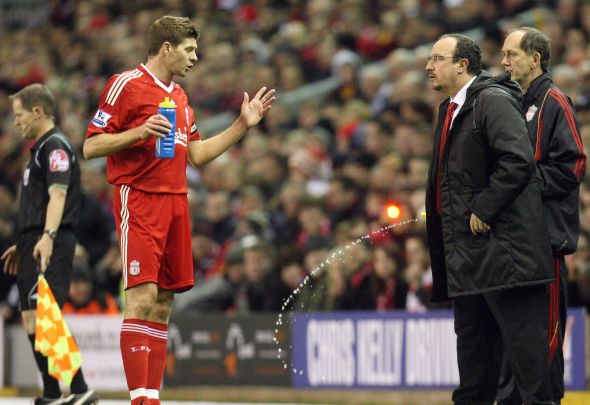 Steven Gerrard has revealed that Rafael Benitez was the best manager he has ever worked with.

The Liverpool legend, who is now at MLS side LA Galaxy, also namechecked former Anfield managers Kenny Dalglish and Brendan Rodgers as big influences on his career.

But Gerrard omitted some notable names that he played under at club and international level, including Gerard Houllier, Roy Hodgson, Sven-Goran Eriksson, Fabio Capello and Kevin Keegan.

The former Liverpool captain revealed that Benitez, with whom he worked with for six years, was “tactically, the best”, as quoted by the Times chief football writer Henry Winter, via his Twitter account.

Gerrard on best manager he worked with: 'Rafa. Tactically, the best. I enjoyed working with Kenny, my hero. Brendan was very clever." #lfc

The 36-year-old midfielder, who made his debut for the Merseyside club in 1998 before leaving at the end of the 2014-15 season, also described Dalglish as his hero.

However, Gerrard didn’t mention Hodgson, with whom he worked with at both club level and at national level, or Houllier, who brought him through the ranks at Anfield in his late teens. The 114-time international was Hodgson’s captain at national level before retiring in 2014.

The Liverpool stalwart made an astonishing 690 appearances in all competitions for his beloved club, finding the back of the net 180 times and includes a Champions League medal and two FA Cups triumphs in his trophy haul.

Gerrard’s future is undecided currently, as his contract with Bruce Arena’s MLS Western Conference side runs out at the end of December.

In other Liverpool news, this former Reds pundit has given his best combined Liverpool and Tottenham XI.