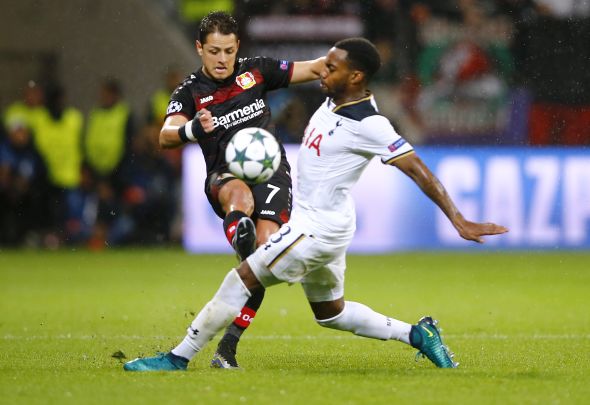 Liverpool could be willing to spend around £34.2million on Bayer Leverkusen striker Javier Hernandez, according to a report.

Spanish newspaper Fichajes claim that Hernandez will be allowed to leave if such an offer occurs, with Chelsea also willing to spend the necessary amount to bring him to England.

Leverkusen sporting director Rudi Voller revealed earlier this week that there was no offer for the Mexico international, but refused to categorically rule out a move when quizzed about his future.

“I can not imagine a January move,” Voller told Bild, when asked about Hernandez’s future, but added: “We need indeed a good, functioning Chicharito. There must be more from him.”

Former Manchester United forward Hernandez left England in the summer of 2015 to join Leverkusen, beginning life in Germany in sensational form with 26 goals in 43 games throughout the 2015-16 campaign.

However, this season has been a different story as the 28-year-old striker struggles to replicate that form.

With his contract set to expire in the summer of 2018, Hernandez could be sold to either of the interested Premier League clubs before the German side risk losing him on a free next year.

With Philippe Coutinho still out and Danny Ings struggling with a long-term injury, manager Jurgen Klopp’s attacking options have been further depleted by the loss of Sadio Mane to the Africa Cup of Nations. That could mean January recruitment is more than possible, with Hernandez’s future up in the air. A proven goalscorer in the Premier League despite being used mainly from the bench at Old Trafford, Hernandez would get goals in England’s top flight and could be brought in this month as the Reds continue to mount a title challenge. However, at a reported £34.2million, it seems unlikely that Klopp would spend so much to repair what is only a temporary depletion to his squad. While the player is good, we don’t think the price is right for this one.

In other Liverpool transfer news, fans have reacted to speculation surrounding this defender.