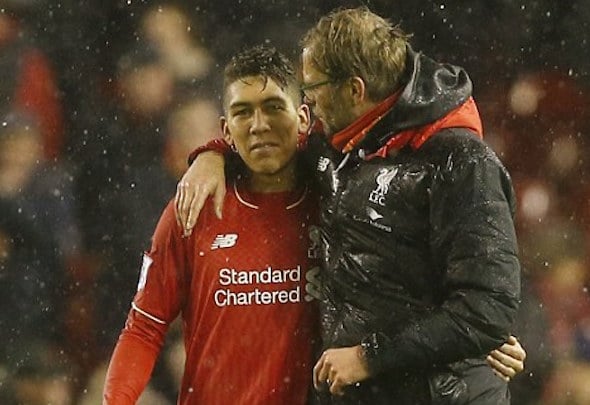 The trio are on the comeback trail after being sidelined with injury.

Manager Jurgen Klopp said Firmino was “close” to a return against Tottenham last Saturday but he failed a fitness test on the hamstring problem he picked up against Manchester United three weeks ago.

The Brazilian attacking midfielder has been one of Liverpool’s key players since the turn of the year and the hope will be that the five-day gap between the Spurs and Dortmund clashes will have allowed him enough time to regain full fitness.

Lucas could also be in contention for a return as he steps up his recovery from the thigh injury that has kept him out since the League Cup final defeat to Manchester City at the end of February.

Stewart returned to action for the Under-21s on Monday night, playing 63 minutes of a 2-0 win against Leicester. It was his first run-out in nearly two months after suffering ankle ligament damage.

The timing of the returns of Lucas and Stewart is significant as midfield kingpin Emre Can will miss Liverpool’s next two Premier League matches, against Stoke and Bournemouth, due to suspension.

In other Liverpool news, the club await ruling on two striker deals after an offer was made.