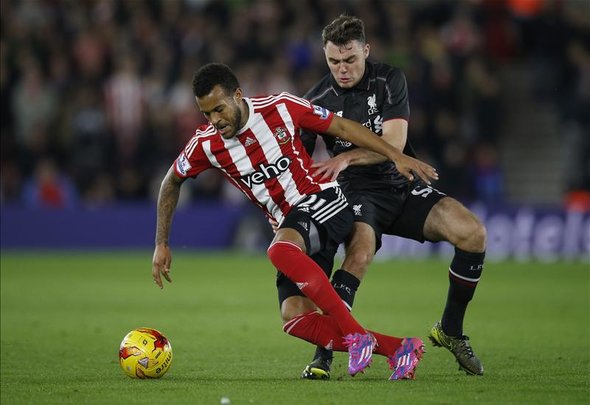 Liverpool could be set to allow academy product Connor Randall to join Barnsley on loan this month, according to a report.

The Daily Mail‘s transfer news blog (January 24, 9.48am) claims that Paul Heckingbottom’s side have approached Liverpool for Randall, while Preston are also keen to sign the 21-year-old.

Barnsley are in need of a right-back, as they look powerless to resist Championship rivals Aston Villa from signing teenage right-back James Bree this month.

Liverpool’s Randall has fallen down the pecking order at Anfield despite making seven first-team appearances last season, due to the rise of wonderkid Trent Alexander-Arnold.

It is reported that manager Jurgen Klopp is willing to allow Liverpool’s number 56 to leave Merseyside in the next week in order to gain first-team football during the second half of the season.

That has seen Barnsley look to sign the Liverpool youngster, with Reds winger Ryan Kent already on loan at Oakwell who has impressed from both flanks for the Tykes.

Heckingbottom has already made one loan signing in Gethin Jones from Everton during the January transfer window, and will be hoping to add Randall to that list.

Allowing Randall to join Barnsley on loan is a move that will benefit all three parties. Klopp will be able to watch from afar as he looks for an improvement in the youngster’s performances if he is to keep him with the Merseyside giants in the future. Randall will gain an advantage from the move as he is likely to be given regular first-team football under a manager who is renowned for his ability to work with youth. That could see him develop as a defender and stand a better chance of gaining senior football when returning to Anfield in the summer. Barnsley, who have defied pre-season expectations by avoiding a relegation dog fight to sit in eighth and just four points off the play-offs, will be bringing in a player who has the potential to improve Heckingbottom’s side from the right side of defence.

In other Liverpool transfer news, fans have reacted on Twitter to news that this £25million-rated midfielder is holding talks with the Reds.