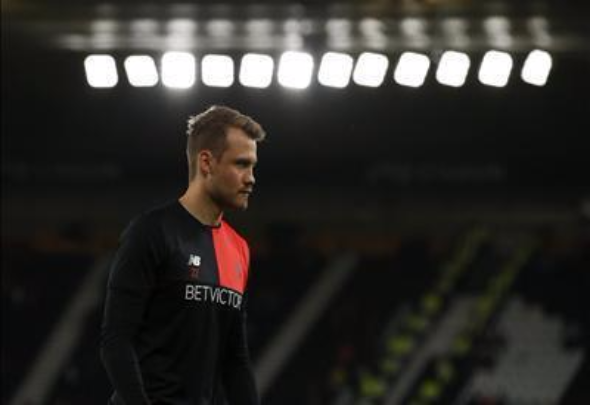 Liverpool goalkeeper Simon Mignolet has posted a message on Twitter ahead of his team’s trip to Selhurst Part to take on Crystal Palace on Saturday evening.

“We don’t look over our shoulder,” he said before affirming that his team is ready for their Premier League encounter.

Liverpool have enjoyed a great start to the Premier League this season, and are one of three teams on 20 points at the top.

They’ve joined leaders Manchester City and Arsenal, with Chelsea and Tottenham just a point behind them in a tight top of the table.

Mignolet’s tweet shows that his team are focused on their own performance rather than worrying about the teams around them.

Mignolet has lost his no.1 spot to new goalkeeper Loris Karius this season, although he has promised to fight for his place.

Talking in The Guardian, Mignolet said, “I don’t want to be a no. 2, that’s clear. I want to play.

“I will never give up fighting. Firstly because that’s not in my character, to just give up. Secondly because I am not in a situation where I can sit on the bench. I’m 28 years old and I want to play week in, week out.

“So I’ll work hard and I’ll never give up – giving up is not what I want to do. I see it as a challenge that I can overcome. So hopefully it will be a fair challenge based on performances put in on the pitch.”

In other Liverpool team news, Palace manager Alan Pardew has this warning for the team ahead of their Premier League game.