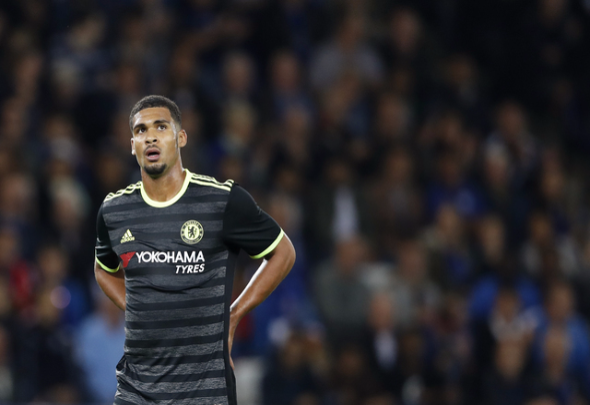 Former Chelsea starlet Ruben Loftus-Cheek has opened up about the reason behind his recent move away from Stamford Bridge.

The 21-year-old joined the Chelsea academy and grew through the development squads before joining the senior team in 2015.

Loftus-Cheek has made a total of 32 appearances for the London side and has scored two goals and provided five assists across all competitions.

However, the midfielder joined fellow Premier League side Crystal Palace on a season-long loan back in July in the search of regular playing time.

The attacker recently spoke about him time at Stamford Bridge and explained the reason behind his exit.

He said: “It’s tough being at Chelsea.”

“It’s a massive club with really good players,” he explained during an interview with Sky Sports. “So you don’t get the opportunity every weekend.”

The midfielder played the full 90 minutes for Crystal Palace during their Premier League opener against Huddersfield, and despite their 3-0 defeat, Loftus-Cheek remained positive about his loan club.

While at Antonio Conte’s side the England Under 21 found it difficult to find a regular spot in the first team as the boss opted to favour Cesc Fabregas in the centre of the midfield.

After his opening match with Palace it’s unlikely that Loftus-Cheek will face as much competition at Selhurst Park.

The playmaker will face his parent club in October, and will be hoping to impress the Chelsea boss ready for his return to the club next year.

In other Chelsea news, a Sky journalist has given an emotive update on Diego Costa’s future with the club.