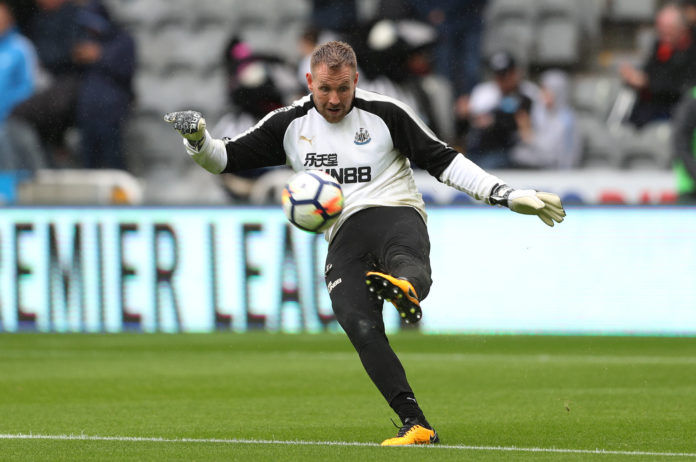 Newcastle United goalkeeper Rob Elliot has blasted critics of the Magpies’ squad insisting that they are Premier League quality and that there is more to come from the young side.

The north east club returned to the top flight as Championship winners but after seeing just six new faces through the door over the summer, and the majority of those who won the second tier title remaining as regulars in the starting XI, there were some who questioned whether they had what it took to survive this season.

Elliot, who has made 16 appearances this season, rubbishes their critics’ accusations, and says the Magpies are a young side with a bright future ahead of them.

He told Sky Sports: ” I think there’s been a lot made about this not being a Premier League squad, but I completely disagree.

“There’s a strong depth to the squad and I think they’ve proven time and time again that they are good enough.

“Not forgetting this is only the first year or first half a season we’re back in the Premier League. I think the players have got a lot to prove, they’re a very young squad and all in all things are looking very positive for us going forward and hopefully it’ll be a good end to the season.”

Newcastle currently sit 13th in the Premier League table after beating Southampton 3-0 on Saturday, with eight games remaining of the campaign.

Elliot has hit the nail on the head about the squad Rafael Benitez has built at St James’ Park, with the 31-year-old a veteran in comparison to his team mates. The Magpies have very few older players in their ranks, with goalkeeper Martin Dubravka and midfielders Matt Ritchie and Mohamed Diame the only ones above 27 in the win over Southampton. It bodes well for the future of the club, with each player gaining experience week in, week out, and it will continue to turn the Magpies into a more formidable side.

In other Newcastle United transfer news, the Magpies are expected to make a swoop for the Toon Army’s dream target this summer.