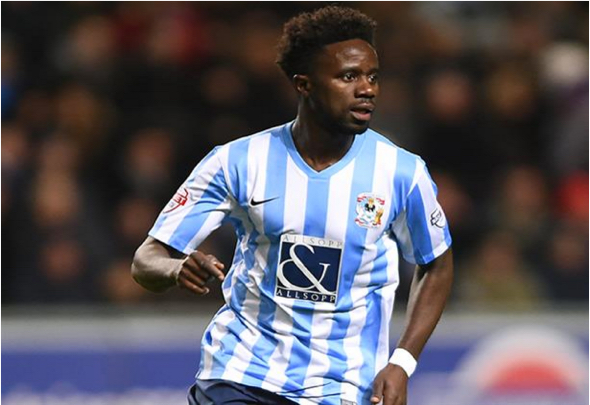 Motherwell midfielder Gael Bigirimana has relived his frustrating spell at Rangers ahead of his side’s clash against Pedro Caixinha’s men this weekend.

The 23-year-old was one of five Newcastle players to be sent on loan to Ibrox in 2015, but the midfielder was forced to sit on the sidelines for his entire spell in Scotland due to mysterious medical condition.

Bigirimana didn’t get the chance to even kick a ball for the Light Blues during his five-month-long temporary spell north of the border, but he will get the chance to do it against them this weekend when the Gers travel to Firs Park.

He has since revealed that he was excited at the chance of playing for Rangers, but also makes it clear that he was fully aware of the turmoil that the club was going through at the time.

“I know there was a lot of aggro going on behind the scenes but for the boys who came up from Newcastle, we were excited to go to a club like Rangers and get some game time,” he said, as quoted by the Daily Record.

“For some of them, it worked out well but for me it was just one of those things in life where there was a misunderstanding. Clubs have to protect themselves but in the end it made me stronger. I met some great people.

“But I didn’t even train with the team. I had to do my own sessions. These things are in the past and there’s no point in digging up the things that have been buried. It was out of my hands.”

In four years at Newcastle, Bigirimana only managed to earn 26 appearances across all competitions and eventually re-joined his first club Coventry last summer.

He was part of the Sky Blues squad that lifted the EFL Trophy last season after scoring the opening goal in the 2-1 win over Oxford United in the final.

Following Coventry’s relegation to the English League Two, Bigirimana was snapped up by Motherwell and there appears to be no issues with him playing north of the border this time with him already featuring four times for them in the League Cup.

In other Rangers news, an English side is lining up a swoop for this Gers attacker who is eager to leave Ibrox this summer.