Darren Bent insists that £25million would be “an awful lot of money” for Aston Villa to spend on Brentford striker Ollie Watkins this summer.

Speaking exclusively to Football Insider assistant editor Russell Edge, the former Villa and England ace has revealed he is a “big fan” of the Bees star but that Dean Smith must be totally convinced if he is to splash out for his capture.

The Daily Mail report that the Villans are set to launch a bid of £18million for the 24-year-old this summer, £7million less than Brentford’s valuation of their star striker.

The hitman scored 26 times across all competitions for the Championship side last season as they came within touching distance of promotion to the Premier League.

Bent insists that the £25million price tag is a huge gamble for a player from the second tier but admits he would love to see Watkins get a chance in the top flight.

Bent told Football Insider: “That’s an awful lot of money coming out the Championship, I know he was superb in the Championship but £25million, he’s got to be really convinced.

“I know it seems a long time ago but I remember what people were like to me when I was bought from the Championship for £2.5million. People were like that is a lot of money that and obviously I went and proved people wrong.

“I like Ollie Watkins, I’m a big fan of his, met him a couple of times through talkSPORT and I really want him to do well. Dean Smith knows him and knows how good he is, I can understand why they want him.” 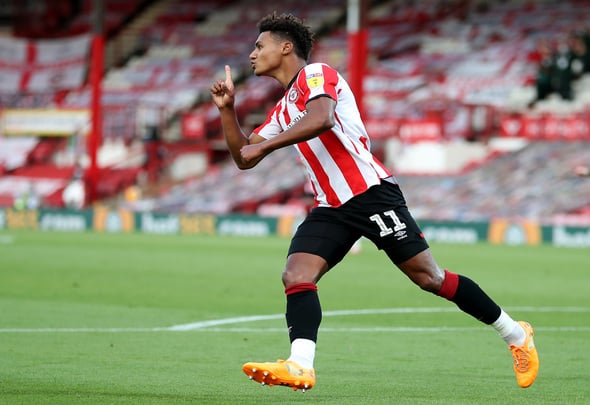 Watkins has a total of 49 goals in 143 appearances for Brentford, as well as 17 assists.

Villa currently have the likes of Wesley Moraes and Mbwana Samatta as their senior centre-forward options.

In other Aston Villa news, Alan Hutton has tipped the club to go on a spending spree after securing the signing of a prolific Premier League striker.