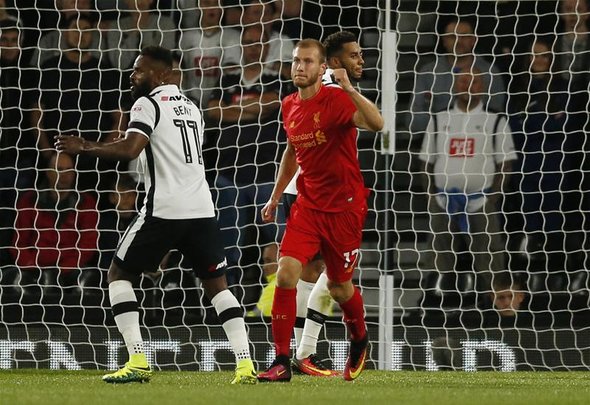 Lucas started in Liverpool’s disappointing 4-3 defeat against Bournemouth on Sunday lunchtime and that was bad news for Ragnar Klavan’s future at the club.

The Estonian joined for £4.2 million in the summer but has made just seven appearances in all competitions this season and he was overlooked yet against during the loss against Bournemouth.

An injury to Joel Matip meant Liverpool were without their best centre-back but instead of selecting Klavan, Klopp opted to use Lucas alongside Dejan Lovren in defence.

The Brazilian has spent the majority of his Liverpool career as a holding midfielder but has been utilised as a centre-back on a number of occasions under Klopp.

He started alongside Klavan during Liverpool’s 2-0 victory against Leeds in the quarter-final of the EFL Cup on Tuesday evening and looked the more composed out of the two.

Klavan is highly experienced and was a regular starter for Augsburg in the Bundesliga prior to his move and he is the current captain for Estonia.

However, since arriving in Merseyside, he has struggled to get many opportunities and has failed to impress when he has featured in the cup competition.

The 31-year-old has looked slow and a little hesitant at times and is prone to making mistakes which is something he showed against Leeds in the mid-week fixture.

Lucas is not highly-rated among Liverpool fans and he was involved in a defensive collapse against Bournemouth so perhaps Klavan will be given the nod next time but Klopp’s unwillingness to use him on Sunday is bad news for Klavan’s future with the club.

In other Liverpool news, fans reacted on Twitter to Adam Morgan’s display in the FA Cup.