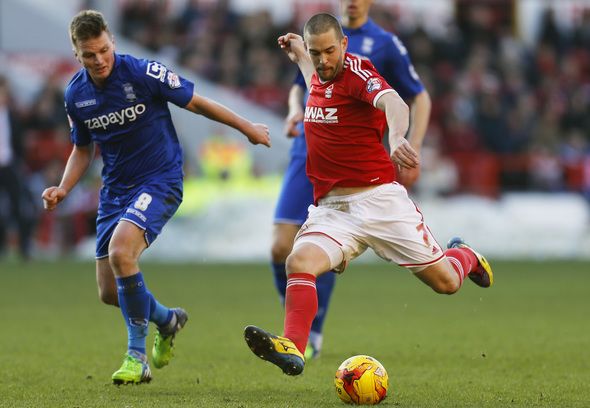 Nottingham Forest have been handed a significant boost as Matty Fryatt could be in line to make a first-team comeback, according to a reliable journalist.

Matty Fryatt is back in light training at #nffc

The 31-year-old striker’s return to light training brings to an end an incredible two-year stint on the sidelines, where an Achilles injury threatened to end his career.

Fryatt has not featured for the club since the 2-1 defeat at Charlton on March 3, 2015 and although he’s still a long way from being fit, his return could come as a major boost for manager Mark Warburton.

Fryatt, who is out of contract in the summer, is a proven Championship goalscorer, netting 59 times in the second tier from 228 appearances throughout his career.

Since joining Nottingham Forest from Hull in the summer of 2014, he has contributed six goals and two assists from 26 appearances in all competitions.

Warburton’s Forest are currently 20th in the Championship, just one point above safety, and the new City Ground chief will need all hands on deck over the remaining eight games to ensure their survival.

In other Nottingham Forest news, Leeds have joined Forest in the race to sign this Rangers ace in the summer.