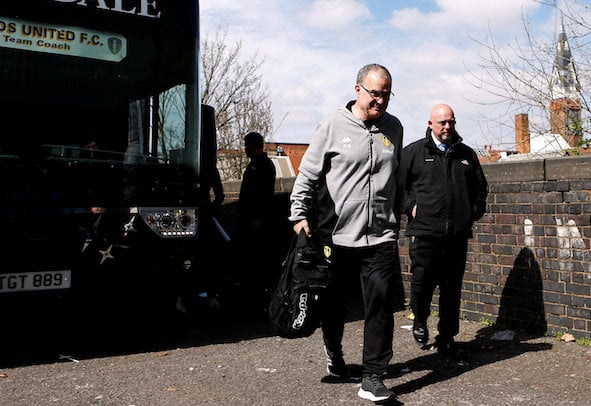 Leeds United’s promotion bid has been given a massive boost as Sheffield United star duo Billy Sharp and Chris Basham have been ruled out of the Good Friday fixtures.

Blades manager Chris Wilder revealed at his media conference on Wednesday morning, as quoted by Yorkshire Post journalist Richard Sutcliffe, that leading scorer Sharp and mainstay defender Basham will play no part in the clash against Nottingham Forest at Bramall Lane.

Sharp and Basham both limped out of Sheffield United’s 1-1 draw against Millwall last Saturday with hamstring injuries.

Basham lasted 21 minutes of the Bramall Lane fixture, while Sharp played on until the 64-minute mark in a match in which the automatic promotion hopefuls were denied all three points by a stoppage-time equaliser from Jake Cooper.

The point, coupled with Leeds United’s subsequent 1-0 win over Sheffield Wednesday, saw Wilder’s side drop back into third and three behind their second-placed Yorkshire rivals.