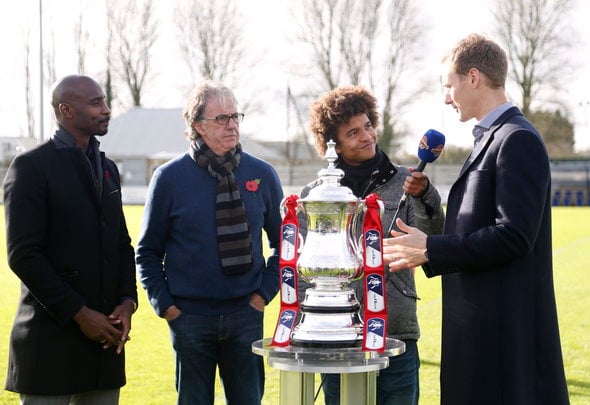 Former Liverpool man and BBC Sport pundit Mark Lawrenson has said that Crystal Palace should prove no problem for Tottenham when they go head-to-head at Wembley on Sunday.

The Eagles come into the clash sitting at the very foot of the Premier League table, after a start to the season which has seen them pick up just one draw and one win in their opening 10 fixtures.

Last weekend saw them snatch a point from West Ham at Selhurst Park thanks to a injury time Wilfried Zaha strike in what was almost the final kick of the game.

Spurs meanwhile will be full of confidence after their 3-1 victory over Real Madrid in the Champions League on Wednesday, which ended a two match losing streak after defeats to West Ham in the League Cup and Manchester United in their clash in the Premier League title hunt.

Lawrenson believes the gulf in league position will show on Sunday, and although he expects the Eagles to cause Spurs difficulties he believes Mauricio Pochettino’s side should be comfortable.

Predicting a 2-0 win for the Lilywhites, he said on the BBC Sport website: “I don’t think there is any chance of a hangover from that victory with Mauricio Pochettino in charge. He is super prepared.

Palace may still be bottom but their performances have improved under Roy Hodgson: they beat Chelsea, should have had a point at Newcastle and then got a dramatic draw against West Ham last week.

“I see Palace filling in the space at Wembley and making it difficult for Spurs, but I don’t see them creating any problems.”

Tottenham currently sit eight points off league leaders Manchester City and are three points adrift of second placed Manchester United after their defeat last week, while Palace are four points from safety at the other end of the table.

In other Tottenham news, fans were left fuming at the performance of one man in their Champions League win over Real Madrid.