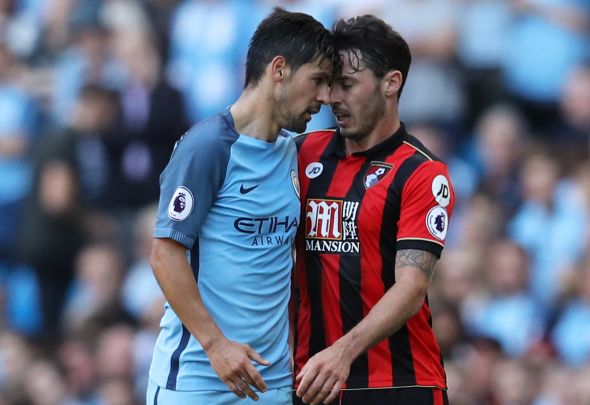 Manchester City are set to welcome back Nolito to their starting line-up as they look to steal a march on their Group C opponents with a win against Celtic.

The Spain international was suspended for Saturday’s comfortable 3-1 win against Swansea, as star striker Sergio Aguero returned to the side to score an impressive brace.

The Spaniard is set to go up against speed merchant Cristian Gamboa on Celtic’s right flank, as Pep Guardiola makes two changes to Saturday’s winning side.

Celtic’s defence have their work cut out as the former Celta Vigo man joins a fearsome attacking force that includes David Silva and in-form Raheem Sterling, all playing behind Argentina star Aguero.

Elsewhere, Pablo Zabaleta is expected to replace former Arsenal right-back Bacary Sagna after playing in Guardiola’s first Champions League game as they strolled to a 4-0 win against German outfit Gladbach.

Captain Vincent Kompany continues to struggle with injury as he joins injured duo Kevin De Bruyne and Fabian Delph on the treatment list.

The loss of Belgian playmaker Kevin De Bruyne is a huge boost to the chances of Celtic fans, who revealed their delight on Twitter after the former Chelsea and Wolfsburg man limped off against Swansea with a hamstring injury.

Celtic will be looking to hold out the Premier League pace setters, as they look to tarnish Guardiola’s perfect start to life on Eastlands.

In other Celtic news, the Hoops are eyeing a move for this South American ace.