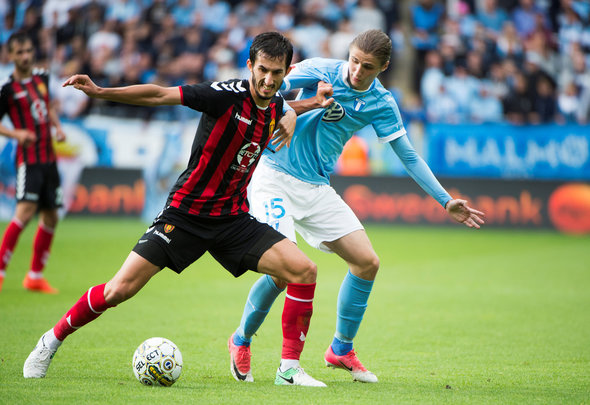 Manchester United are among a list of elite teams that have recently kept close tabs on Leeds-bound foward Pawel Cibicki, according to reports.

Yorkshire Evening Post reporter Lee Sobot claimed on his personal Twitter account on Wednesday that United had been joined by Ajax, Napoli, Celta Vigo and Real Betis in monitoring the Malmo attacker earlier this year.

Cibicki thought to have been looked at by Manchester United, Ajax, Napoli, Celta Vigo and Real Betis earlier this year. #lufc

It is unclear how advanced their interest was in the 23-year-old striker, but it now appears that Leeds have beaten them all to the punch with the Daily Mail recently reporting that he is on his way to Elland Road in a £1.5million deal before the transfer window slams shut on Thursday night.

The report added that Pierre-Michel Lasogga, 25, is close to joining the Whites on loan from Bundesliga side Hamburg.

Leeds and Man United share a great regional rivalry and it will no doubt be a boost to the Elland Road faithful to be in the knowledge that they have swooped in for what seems to be one of Jose Mourinho’s past transfer targets.

It remains to be seen whether the Premier League titans will come to regret their decision to not further their pursuit in the future.

It would have been fair to be skeptical about the potential signing of Cibicki when Thomas Christiansen is in dire need of replacing Chris Wood before Thursday’s deadline. The Swedish forward has just five goals in 20 appearances this season and the Whites need a lot more from a striker than that. However this update is hugely encouraging for Leeds fans. The fact that clubs like United and Ajax were interested in the former Sweden youth international suggests that he has some great potential. Their interest is also relatively fresh too having watched him only months ago.

In other Leeds news, the Whites had tabled an offer for this Championship defender and he has responded with an emphatic decision.