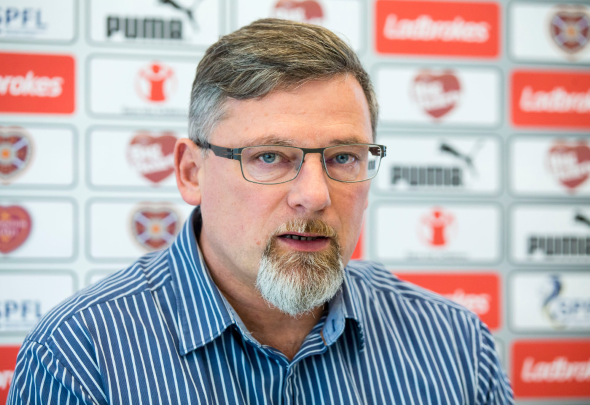 Hearts manager Craig Levein has made it clear that he is yet to offer Jamie Walker a new contract, despite his current deal being set to run out at the end of the season.

Walker, 24, was a summer transfer target of Rangers and after having a series of bids rebuffed because they fell short of Hearts’ £1million asking price, Sky Sports has reported that the Ibrox club has continued to keep tabs on the flyer.

The former Scotland Under-21 international could potentially leave Tynecastle on a free transfer if his contract situation isn’t resolved soon, but Levein has strangely revealed that he isn’t concerned by that and is instead focusing on his improved form in recent weeks.

“I’ve not even approached [his contract situation], though. Right now I’m focusing on making sure we’re resilient and hard to beat, and from there that we can pick up points and progress up the league,” said Levein, as quoted by Sky Sports.

“Everything else is secondary. I don’t feel the need to do anything on that front now. Jamie’s in a good place and as long as he stays in that good place I’m happy just to see what happens.”

Walker was in top form for Hearts last season but was phased out of the first-team by former boss Ian Cathro in the wake of Rangers’ bids to sign him.

The 24-year-old winger has since returned to the senior side and looks back to his best under Levein and put in a man of the match display in the 2-1 win against Ross County last week, scoring his first goal on the campaign as well as supplying an assist.