The Leeds senior team might be having a rough time of things at the moment but there’s plenty to be excited about from the youngsters.

Jack Clarke and Sam Dalby might be making all the headline at the moment from the Under-23 side, and they might well be the two closest to making the leap up to Paul Heckingbottom’s first-team squad, but there’s another name to watch out for.

16-year-old striker Ryan Edmondson is banging the goals in for the Under-18s and the former York City player has been tipped for big things by his former manager.

According to the Yorkshire Evening Post, Martin Gray has said that the younster has the potential to be a Premier League player.

That comes after he bagged a hat-trick for Leeds against Burnley at Thorp Arch and scored another against Watford.

He’s got a contract at Leeds until 2020 and by that time the club should have a very good idea of whether he’s ready for the big time.

Along with Clarke and Dalby, there are some serious prospects coming through and if Paul Heckingbottom can make the right purchases this summer, and gel the senior team, things will be looking bright for Leeds.

A serious bid at the play-offs or automatic promotion next season, and the 19/20 season could see the youngsters breaking through and lifting Leeds to their next glory years.

That might seem like a pipe dream at the moment, with the senior team heavily in the doldrums, but if Leeds fans can look past the cracks, the future is bright. 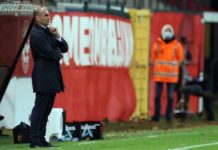 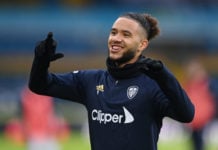 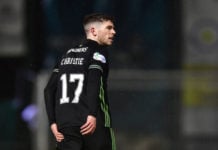