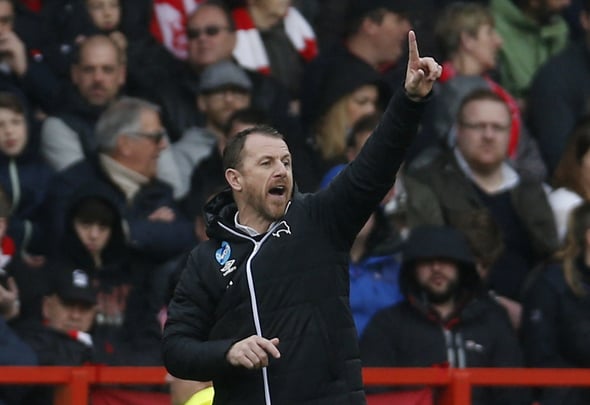 Derby manager Gary Rowett has confirmed that George Thorne is available for selection when Leeds United travel to Pride Park on Wednesday night.
Thorne, 25, missed the Rams’ 2-0 defeat to Sheffield Wednesday on Saturday with a back problem, but it comes as a major boost to the East Midlands club to have the midfield enforcer back ready for the upcoming mid-week action.
The former West Brom player has suffered countless injuries since moving to Pride Park.
He has started just seven games in the Championship all season after battling back from a serious hamstring injury.
Thorne is now ready to play against Leeds on Wednesday night though, as confirmed by Rowett, who had his pre-match press conference covered by the Derby Telegraph on Tuesday morning.
The Rams manager was indirectly quoted as saying Thorne is “available for selection” while Jonathan Mitchell is “back in training” following a finger injury.
Thorne has made 20 appearances in all competitions for Derby this season.
He had just got himself starting every week before missing the defeat at Hillsbrough at the weekend.
The defensive midfielder is no doubt key at Pride Park, but his injury woes have plagued him since the moment he swapped the West Midlands for the East Midlands.
Just four days after his £3.2million move from West Brom, Thorne suffered a cruciate knee ligament injury, ruling him out for nine months.
In other Leeds United news, fans have raged at Andrea Radrizzani and Victor Orta after a development in the hunt to sign this centre-forward.