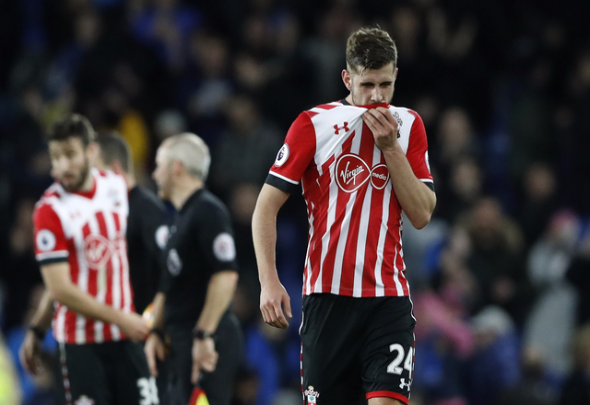 The south coast side are preparing to face the Reds at Anfield for the second leg of the EFL Cup semi-finals.

Southampton hold a one goal advantage due to a Nathan Redmond strike, but they were struck a huge blow on Sunday after star defender Virgil van Dijk left the pitch early with an injury following a late tackle from Leicester’s Jamie Vardy.

The Saints are currently short in the central defensive area after also selling Jose Fonte to West Ham, meaning that an opportunity could fall to 22-year-old Stephens.

“If he (Stephens) has to play this game, I think he will play with good spirit and he’s a good player,” told Puel in his pre-match press conference, as quoted by the Sky Sports website.

“He is an England Under-21 international and he knows about these important games. He has the quality and I have full confidence with Jack. He’s a good defender, he’s intelligent, he can anticipate the action. [He is] very good technically.

“With the Under-21s, you saw at home [against Italy at St Mary’s], it was a good game, he was the best player on the entire pitch.

“Since the beginning, it is a competition we have played with young players. For example, the last round against Arsenal away, we see the young players get a fantastic result.

“The focus was just on their game and this is just as important. They took confidence; they are upbeat in every training session. I think it is not a problem, but for Jack and all of the other players, it’s just to think about the game, stay strong together.”

The Van Dijk injury has come for Southampton at a disastrous time with Stephens, Maya Yoshida and Florin Gardos the only senior centre-backs left at the club.
Stephens himself has only played six times for the Saints’ senior team in all competitions, but he is a seven-time capped England Under-21 international.
He will be looking to help Southampton on their way to Wembley if he does play, but he is expected to face a very strong Liverpool attack.
The Reds will be without forward Sadio Mane due to the AFCON, but Philippe Coutinho, Roberto Firmino and Adam Lallana will all be likely to help their side bring the scoreline back in their favour.
In other Liverpool news, a reliable journalist expects the Reds to try and sign this attacker in the summer.
We’ve launched an << EXCLUSIVE TRANSFER WINDOW NEWS FEED>>. ‘Like Us’ on Facebook by clicking here if you want 24/7 updates on all Liverpool transfer news.