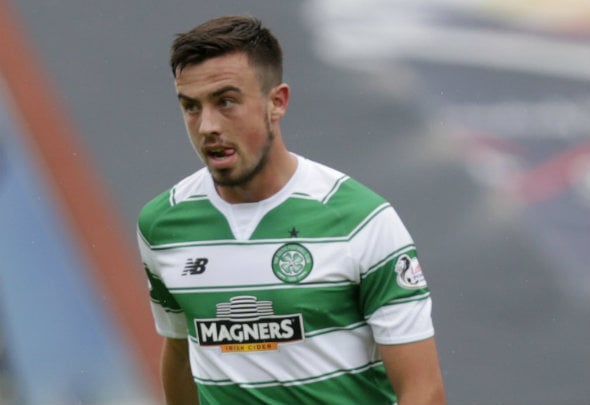 Walsall manager Jon Whitney has revealed that he wants to sign Celtic defender Eoghan O’Connell in the summer.

The 21-year-old spent the second half of last season on loan at League One club Walsall, where he impressed during his 17 appearances.

The centre-back has made just 13 senior appearances for the Bhoys since making the breakthrough from the academy and was unable to force his way into Brendan Rodgers’ plans last season.

Whitney has explained that he is after the signature of O’Connell and also Southampton’s Jason McCarthy after their impressive loan spells at the Bescot Stadium.

The 46-year-old manager explained that Celtic have not yet decided on the future of their young defender and are “keeping their options open”.

“I still want them both.” Whitney told the Express and Star. “With Eoghan, Celtic are keeping their options open at the moment. Nothing has moved on that one yet. But I have registered my interest.’

O’Connell did feature in the Celtic line-up during the earlier stages of last season and even featured in four European matches, including a cameo in the 7-0 hammering at Barcelona.

Rodgers also started the youngster in the first two league games of the campaign, but he slipped down the pecking order and was eventually loaned out January.

Celtic do already have some experienced centre-backs at their squad and it’s unlikely O’Connell will be able to force his way into contention for next season. Jozo Simunovic, Erik Sviatchenko and Dedryck Boyata are all considered senior options in defence under Rodgers, meaning the youngster would have to make-do with a fringe role if he stayed. O’Connell should ask for another loan spell away from the Scottish champions to develop his game and Walsall would be a sensible club to join. The 21-year-old certainly still has time on his side to develop and could be closer to a first team spot after a full year out on loan.

In other Celtic transfer news, the club’s 27-year-old could leave this summer.