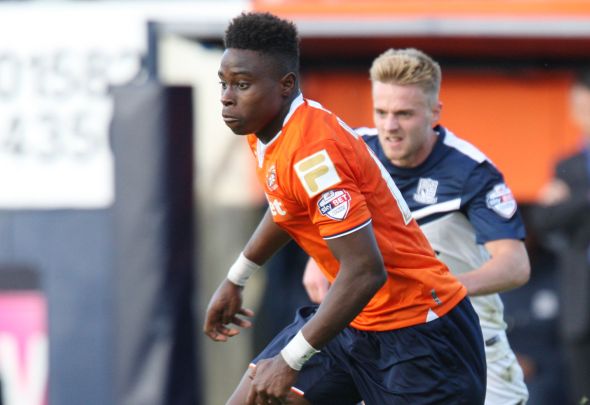 HITC Sport revealed on Tuesday that Leeds had submitted a formal offer for the 23-year-old but it was dismissed by the League Two club.

When asked about bids for Mpanzu and also midfielder Cameron McGeehan, Jones said there have been enquiries for his players but reports have not all been correct and the duo will not be leaving the Hatters.

“It’s not 100 per cent correct, that, but we’ve had enquiries for a number of our players,” Jones told the Luton Dunstable after Tuesday night’s 2-1 Checkatrade Trophy win at Gillingham.

“We have a fantastic board here and the chief exec, Gary [Sweet], has been outstanding and we won’t be losing any players in the transfer window.

“We’ve been very strong but that’s the club we have here. We have a lot of desirable young players because of how we do our work, so no-one will be going.

“I can’t say categorically [that no player will leave] because you never know. If someone comes in with £20million for Craig King then we might have to listen to it.

“What we’re talking about, is that we’re in a position that we don’t have to sell. We’ve spoken to the people that have had enquiries about them and they want to be here.”

Mpanzu, 23, has become a key part of the Luton squad since he joined from West Ham in January 2014.

He impressed last season and has continued to do so in the early stages of this campaign, which included a starring role as they knocked Aston Villa out of the EFL Cup and was also involved as they lost to Leeds in the next round.

He spent three years with West Ham after joining as an 18-year-old but left in search of first-team football.

Leeds are in the market for a central midfielder, as they look to rid themselves of senior pair Toumani Diagouraga and Luke Murphy before the transfer deadline on Wednesday evening.

In other Leeds transfer news, a prolific Championship striker starts following Leeds on Twitter before explaining the mix-up.