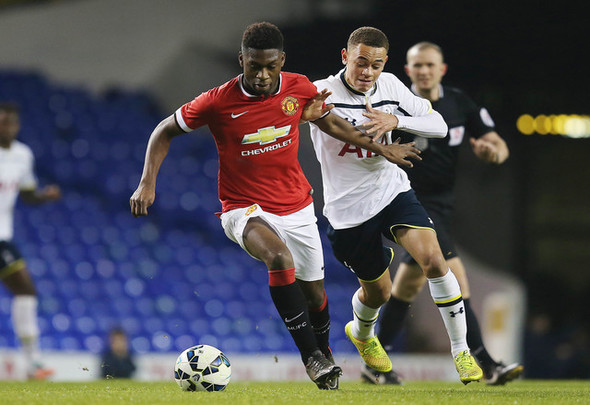 The 20-year-old defensive midfielder is currently on loan with the League One side from Spurs until the end of the season.

He made his senior debut for the Shrimpers on Saturday as they battled to a hard-fought 3-2 win over Walsall.

The match was far from plain sailing for the Essex-based club and Amos was actually brought off on the 51st minute in a tactical change as the side sat two goals down.

However, Brown revealed in his press conference after the match, as covered by Southend Echo reporter Chris Phillips on his personal Twitter account that he was disappointed he had to bring Amos off the pitch, while tipping him to have a top career.

PB: “I was so disappointed for Luke Amos that I had to bring him off. He played well & kept the ball. He has a good career ahead of him."

The closest Amos has come to his senior debut for Tottenham came in October when he was named on the bench in the 2-1 defeat against Liverpool in the EFL Cup at Anfield.

With his goal at Southend now to earn more first team match experience he will be looking to impress in future outings and hope to find a place in the senior Spurs squad.

In other Tottenham news, Matt Le Tissier has given his verdict on this Spurs 25-year-old.