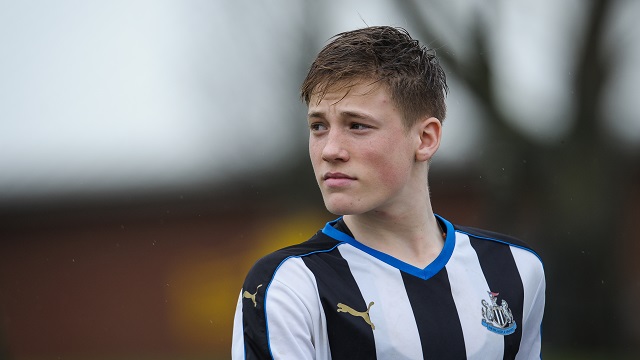 Newcastle youngster Lewis Gibson scored for England Under-17s and created another as they recorded a thrilling 3-2 victory against Austria.

The young lions came from behind to beat their opponents during their European qualifying match on Sunday afternoon.

England coach Steve Cooper made eight changes to the side the beat Romania 3-0 on Thursday evening but Gibson, along with fellow scorers, Rhian Brewster and Danny Loader, made sure they got the victory.

The Newcastle left-back scored a terrific goal as he controlled a pass from Bradley Hudson-Odoi before launching a strike into the top-right corner.

It was Gibson’s first international goal and it could not have been much sweeter given his side were able to clinch victory in a tough game.

Gibson was involved once again as he was brought down in the Austrian penalty box on the 65th minute to earn England a penalty.

Liverpool’s Brewster made no mistake and added England’s third before Austria threatened to mount a comeback when they converted a penalty of their own in the 78th minute.

Gibson made his England debut in their 3-1 friendly win against Belgium in August and has performed in the left-back role and as a central defender while on international duty.

The youngster has not made a senior appearance for Newcastle yet, though his brother is also on the books at the St James’ academy.

In other Newcastle news, Rafa Benitez is braced for an £18million bid ahead of Premier League interest for this player. 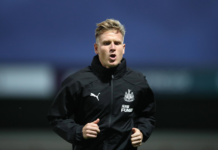