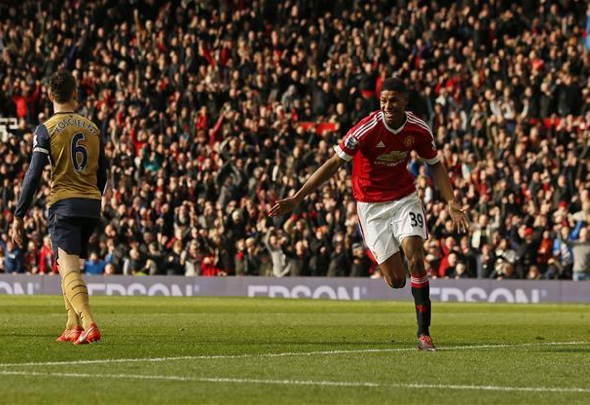 Rashford made an immediate impact last season after he scored a brace on his first team debut, in the Europa League match against FC Midtjylland in February.

Despite scoring two goals against the Arsenal back line, Rashford has said that centre-back Koscielny is the hardest opponent he’s faced in his career.

Rashford made the claim in a regular feature called Football & Me, posted on the official Man United Twitter page on Thursday.

Get to know @MarcusRashford with our Football & Me feature. #MUFC https://t.co/MvN4OXZMr4

In the Q&A he confirms that Koscielny was “a difficult player to play against.”

Man United are set to play Arsenal at Old Trafford on November 19 in the Premier League. The return fixture at the Emirates could help decide the title on May 6.

Koscielny has cemented his place in the Arsenal first team this season, with new signing Shkodran Mustafi partnering him following the long-term injury to Per Mertesacker.

The tough centre-back joined Arsenal for £11m from FC Lorient in July 2010 and he has made 256 appearances in all competitions since, scoring an impressive 22 goals.

In other Arsenal news, this Bundesliga side has confirmed that it has talked with Per Mertesacker about a possible move in the summer.