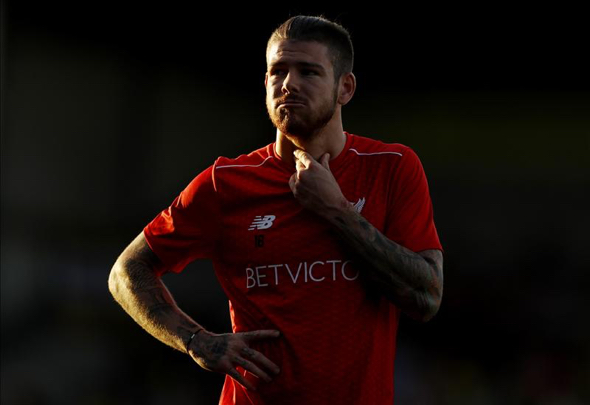 Mark Lawrenson told Alberto Moreno to “get a life” after he congratulated Helder Costa for the quality of his play during Liverpool’s 2-1 FA Cup defeat to Wolves on Saturday.

The Merseysiders crashed out of their second cup competition this week with another listless display, this time again a second-tier outfit.

The elimination from the FA Cup came just three days after Southampton knocked Jurgen Klopp’s side out of the League Cup at the semi-final stage.

Moreno was recalled to the starting XI against Wolves as Klopp rested a number of first team regulars ahead of Tuesday’s Premier League showdown against Chelsea at Anfield.

The Spaniard played the full 90 minutes of the match and had a poor match against the Championship match.

BBC pundit Lawrenson was appalled by Moreno’s lack of fire and intensity during the first half against Wolves, which ended with the home side 2-0 down through goals from Richard Stearman and Andreas Weirmann.

“Moreno has just gone and slapped Costa on the back well done,” said former Liverpool defender Lawrenson, as quoted by the BBC live matchday blog (Saturday, 1.10pm). “What on earth is going on?

“You’re getting beaten at home by a Championship team! Get a life. This Liverpool team is too nice.”

Liverpool’s elimination from the cup is one of the shocks of this season’s competition and sent the 8,000 travelling Wolves supporters into dreamland.

In other Liverpool news, the club have tabled a mega bid for a young defender and a record-breaking deal has been agreed.