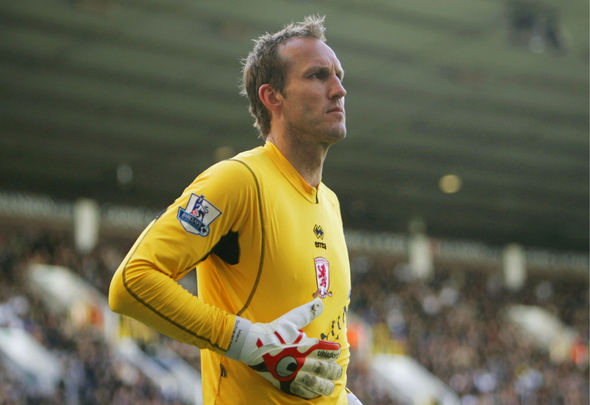 Former Middlesbrough goalkeeper Mark Schwarzer has predicted that Newcastle will suffer an instant relegation from the Premier League at the end of the 2017/18 season.

The Magpies kick off their top-flight campaign against Tottenham at St. James’ Park on Sunday as Championship title holders, but Schwarzer, 44, thinks that it will only be the start of another disappointing year for the Tynesiders.

Rafa Benitez has recently made it clear that he has been left frustrated by how he has been unable to strengthen his squad this summer.

“I’m going to say that all three teams that were promoted; Newcastle, Brighton and Huddersfield, will go back down again,” he said on radio station TalkSport, as shown in a video on Alan Brazil’s Sports Breakfast’s official Twitter account on Friday morning.

“With Benitez, you can clearly hear his frustration of the lack of transfer activity and the lack of funds available. He really wanted to push on and build a side that can compete, not just to stay in the league but to be in the upper half of the table.

“It looks more than likely that they’re going to be in a relegation battle.”

Newcastle owner Mike Ashley had promised Benitez that he would give him full financial flexibility following the club’s promotion to the top-flight last season.

However that promise appears to have been broken with the Spanish manager not spending anywhere near as much as the Magpies have done in previous transfer windows.

As it stands the bookmakers don’t seem to agree with Schwarzer’s bold prediction, SkyBet have Newcastle priced at 7/2 to be relegated to the Championship come next May, however there are five teams that have shorter prices than Benitez’s side, including Watford and Swansea.

In other Newcastle news, Paul Merson has offered his prediction on the Magpies’ clash against Tottenham.