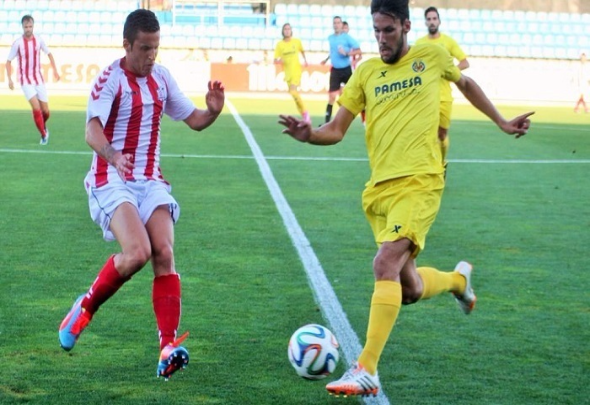 Alfonso Pedraza has completed a Leeds medical as he puts the finishing touches to a loan move from Villarreal, according to a report.

Spanish publication El Progreso claim the La Liga winger has passed medical tests after jetting in from Spain on Monday ahead of his transfer to the Championship high flyers.

This is a massive development for Leeds as winger Pedraza, 20, is set to become the club’s second signing of the winter window following Pablo Hernandez, who signed a permanent deal earlier this month after initially impressing on loan.

Like Hernandez, Pedraza will transfer to Elland Road on a half-season loan, although Leeds have negotiated an option to buy him permanently in the summer.

Spanish publication Marca claim La Liga winger Pedraza was at his parent club Villarreal on Monday morning to finalise the details on his second loan move of the season.

It is said that Villarreal have paid £255,000 to cut short his season-long loan at second-tier outfit Lugo to allow him to join Leeds for the remainder of the campaign.

Marca report that Pedraza “leaves for Leeds” on a loan-to-buy deal that gives the promotion hopefuls the option to buy him permanently for £8.5million if they are promoted to the Premier League.

Garry Monk’s side are flying high in the Championship after overcoming a difficult start to the campaign to mount a genuine automatic promotion challenge.

This deal could be a great coup for Leeds. Pedraza has a fine record in the Spanish second tier this season both for creating and scoring goals, and could be a real asset to Leeds’ promotion challenge. The calibre of the clubs trying to sign him – Newcastle and Real Sociedad among others – demonstrates that the left winger has caught the eye of some top-level scouts with his performances for Lugo. He is raw and will take time to adjust to the physicality of the Championship but he is regarded as a pitbull-type player in his homeland, which should hold him in good stead.