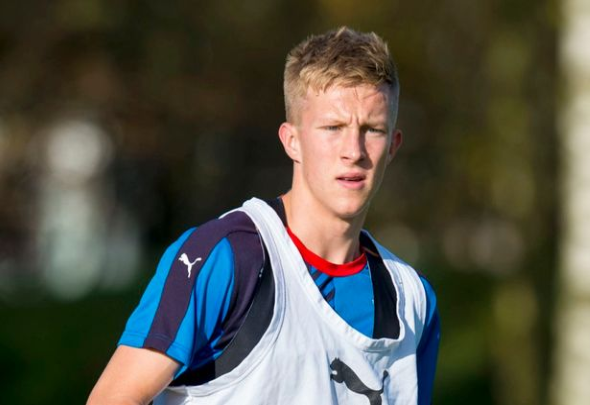 Pedro Caixinha will call on Ross McCrorie to make his full Rangers debut in Saturday’s Old Firm clash with Celtic at Ibrox, according to a club insider.

The Establishment Consultancy Twitter account, which has broken a number of Rangers stories in recent months, tweeted on Friday morning that the 19-year-old faced a “massive game” tomorrow before revealing that Bruno Alves would miss out through injury.

McCrorie made his first-team debut in Tuesday night’s 3-1 extra-time win over Partick Thistle, replacing Alves in the second-half, and is captain of Rangers’ Under-20 side.

The young defender played 50 minutes against Alan Archibald’s side after Thistle sent the game into extra-time with a last-minute equaliser.

The teenager is also a Scotland Under-21 international and spent the second-half of last season at Championship side Dumbarton, making nine appearances for the Sons, and a spell the season before at Ayr United.

Alves suffered a calf injury against Partick Thistle and joins Lee Wallace and Danny Wilson on Rangers’ injury list ahead of tomorrow’s game.

McCrorie looked impressive on his debut, handling Thistle’s forwards well and comfortable in possession, and the youngster will partner Fabio Cardoso at the heart of the Gers’ defence.

Caixinha’s selection plans have been thrown into disarray with Declan John also a doubt for the derby leaving second-place Rangers with third-choice left-back Lee Hodson to deputise as Lee Wallace misses out.

Niko Kranjcar and Jordan Rossiter also missed Tuesday’s League Cup win against Partick and are unlikely to be involved against Brendan Rodgers’ side at Ibrox.

Both sides go into Saturday’s clash after sealing a place in the Scottish League Cup semi-finals in midweek as Rangers try and close the gap on their bitter rivals to two points.

A win for the Gers would be their first victory over their Glasgow rivals since the 2015 Scottish Cup final penalty shoot-out triumph at Hampden.

In other Rangers news, a bizarre admission from Ibrox has played right into Celtic’s hands ahead of the Old Firm.