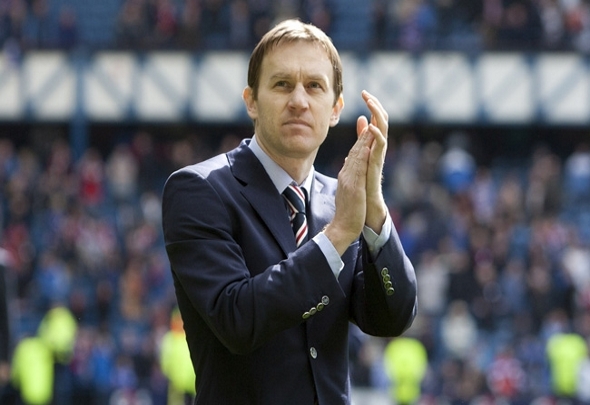 Rangers fan favourite Sasa Papa thinks it is a “great move” by the Gers to bring Allan McGregor back to Ibrox, after the goalkeeper completed a two-year deal to return to Ibrox.

Bosnian cult hero Papac played alongside McGregor during the 36-year-old’s first spell at Ibrox and thinks the Gers have missed players with “character” like the Scotland international.

Papac also believes the veteran can help maintain a “winning mentality” at Ibrox after a trophy-laden first stint with the Gers.

“I was delighted to see that news,” said Papac, as quoted by the Evening Times.

“It’s a great move for Allan, and also for the club as well.

“It wasn’t only in this game though that he was important for us as a team. He was so integral to us winning leagues and cups for years. He is a great character for the team too.

“Rangers have missed that sort of character for the last couple of years, Scots with real ability who also know about the history of Rangers and what it means to play for the club.

“It’s not easy to put a winning mentality into a changing room, and you need people like Allan to maintain that day-in, day-out.”

McGregor’s return will bring someone into the club who has been there and won pretty much everything with the Ibrox giants so knows exactly what is required to get back to beating Celtic on a regular basis. After an impressive couple of years at Hull, McGregor is coming back to Ibrox as the Gers look to stop Celtic winning an eighth consecutive title and will almost certainly walk right into the starting XI. The Scotland keeper will be hoping to have as much success at Ibrox this time around as he did last, although he will have a much different quality of player in front of him in the side. McGregor is clearly delighted to be back at Ibrox, judging by the interviews he’s given since his signing was announced, and fans will be hoping that he can reproduce the form that made him such a big favourite before he left in 2012.