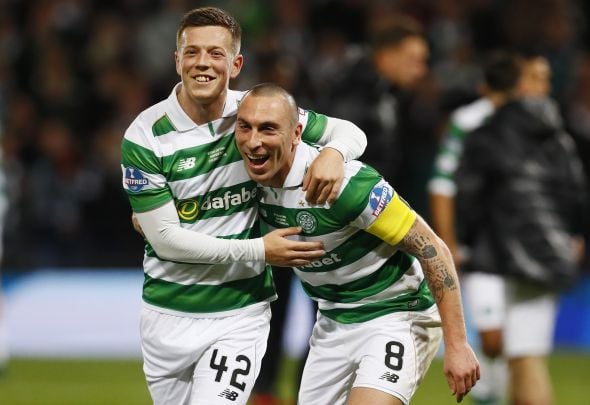 Celtic midfielder Callum McGregor has revealed that boss Brendan Rodgers was a huge deciding factor in him signing a new deal at Parkhead.

The 24-year-old became the latest Bhoys player to agree terms with the Scottish champions on Thursday after he penned a new four-year deal which will keep him at the club until 2021.

McGregor follows Scott Brown and Jozo Simunovic in committing their future to Celtic earlier this week and it is no doubt a major boost for the fans to see their star players showing such desire to play for the club.

During an interview, McGregor was quoted on Celtic’s official Twitter account as saying that Bhoys boss Rodgers gave him the “confidence to go and really kick on” which is why he believes the club are heading in the right direction.

💬 CM on Brendan Rodgers: "He's gave me the confidence to go and really kick on."

The central midfield goal machine has climbed the ranks at the club after initially joining Celtic when he was just eight-years-old and he has managed to play for the Bhoys at every age level.

McGregor moved up to the senior squad in 2013 and swiftly went on a season-long loan to Notts County before returning to Celtic Park.

Since rejoining the Hoops, the midfielder has gone on to make 120 appearances across all competitions and has netted 21 goals in addition to providing 25 assists for the club.

McGregor has featured in all of his side’s Premiership matches so far this season and has already made an impact after he scored three goals and two assists in just a handful of appearances.

The 24-year-old didn’t feature in the club’s most recent Champions League clash against Paris Saint-Germain, and instead watched the 5-0 hammering from the sidelines.

In other Celtic news, fans have reacted to the news that a Premier League club is eyeing a January swoop for this Hoops defender – but it isn’t Kieran Tierney.