Alex McLeish claims that the “terrific” Ryan Sessegnon could flourish at Celtic if he was allowed to join on loan from Tottenham.

As revealed by Football Insider earlier this week, the Hoops tabled a £2million offer in a loan fee and wages for Sessegnon but Tottenham have demanded £5million to send the 20-year-old out temporarily.

It is understood that the left-footed starlet wants to join a club where he is going to feature regularly and is set to push for a move to Glasgow before Monday’s transfer deadline.

McLeish believes Parkhead could be the perfect destination for the versatile speedster to flourish after his breakthrough at Fulham.

He told Football Insider: “Terrific player, I live not far from Fulham and I went to a lot of the games, saw Sessegnon up close and personal and he was an excellent young player for Fulham in the Championship.

“He’s not quite as blossomed as people kind of expected but he’s still a kid and how many players have gone on to Celtic and Rangers and improved, got the confidence and belief?

“We’re looking at the Liverpool vice-captain, Virgil van Dijk, he came to Celtic and was a Rolls Royce of a player. Eric Black worked with him at Southampton and said it’s sometimes too easy for him.

“That journey was part of the Celtic story.” 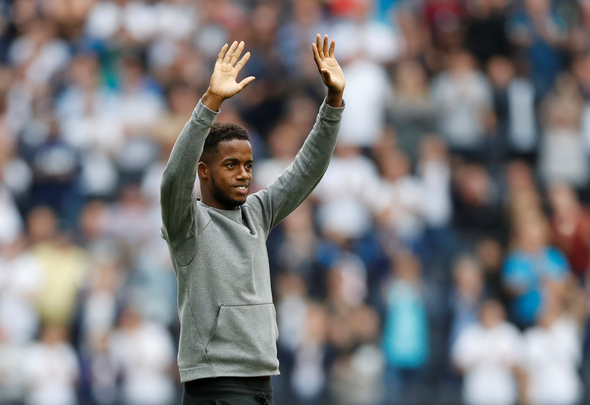 Sessegnon has played 12 times since joining Tottenham from Fulham for £25million last summer, but just six of those appearances have come in the Premier League.

Celtic boss Lennon is in the market for a new left-sided player to compete with Greg Taylor after Jonny Hayes left on a free transfer and Boli Bolingoli was allowed to leave on loan.