Alex McLeish has suggested Diego Llorente’s head may not have been in the right place before he suffered another injury blow at Leeds United.

The former Premier League and Scotland manager, speaking exclusively to Football Insider assistant editor Russell Edge, insisted players needed to be mentally, as well as physically, ready to step up after prolonged absences.

Speaking at his pre-match press conference, as quoted by Leeds Live, Bielsa confirmed the Spanish centre-back would be missing for at least a fortnight after picking up a muscular injury in the defeat to Chelsea.

My debut finally came after so much time waiting to play my first game. Unfortunately, the result wasn't good and I'll have to stop due to some aches. I'll work, work and work to get well as soon as possible and get back stronger! #MOT pic.twitter.com/32euTQL5fw

The 27-year-old came off the bench to finally make his debut for Leeds against Frank Lampard’s men after a groin problem kept him sidelined for the opening months of the season.

McLeish has suggested that, after such a long time out, Llorente’s mindset may have contributed to him picking up another issue at Elland Road.

Asked if the defender’s injury problems were a mental issue as much as a physical one, McLeish told Football Insider: “Certainly, in a lot of cases, I think sometimes it can be manifested.

“You know your body’s taking a pounding and then you go into a game thinking: ‘I hope I don’t get a hamstring pull here or something like that and that’s me out for four or five weeks’.

“That’s the manifestation type thing where you’ve not got an injury but the way you’re thinking in your head, it makes it easier to get that injury, especially, and we’ve been saying it for weeks, the players are playing an awful lot of football.

“Games are crammed in, internationals, it’s put some pressure on them and I would be thinking that a lot of them would be feeling the strain a wee bit which, in turn, brings on the odd injury.”

Bielsa told Leeds Live: “He has a muscular problem and we won’t be able to count on him immediately for at least two weeks, but we need to see how long it takes to cure his problem completely.

“Perhaps it could last longer depending on his evolution, but what’s for sure is for the next two to three weeks we won’t be able to count on him.” 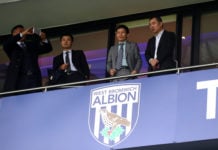 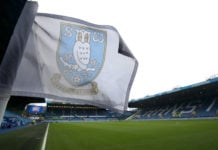