Alex McLeish has suggested the Leeds United coaches have been paying Helder Costa special attention in training to help turn his career around.

Speaking exclusively to Football Insider, the former Scotland boss admitted he thought the 27-year-old was finished at Elland Road after struggling for form.

Costa has started 11 times in 20 Premier League appearances this term but has fallen behind summer signing Raphinha in the pecking order.

As revealed by Football Insider last month, Leeds are open to offers for Costa this summer.

However, the Portuguese winger was given a start against Manchester City, with loanee Jack Harrison ineligible to face his parent club.

He played the full 90 minutes as Leeds pulled off a 2-1 win at the Etihad Stadium.

McLeish admitted he was not sure if Costa had a future under Marcelo Bielsa after his performances in recent months.

However, he suggested the Leeds coaches had been paying him special attention after his impressive display against City.

“I felt he had just lost his way with his move from Wolves. I felt he hadn’t quite got into the Leeds kind of structure.

“Really, I thought: ‘Well, he doesn’t look like he’s going to fit into Bielsa’s plans.’

“They’ve obviously worked with him in training. He’s come through it and he looks like another good piece of the jigsaw.”

Costa has played 67 times for Leeds since joining on an initial loan from Wolves in 2019.

The Whites turned his temporary stay permanent for a £15million fee last summer.

In other news, Leeds United must be “terrified” of losing Bielsa amid surprise contract update, claims McLeish. 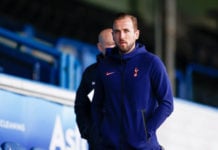