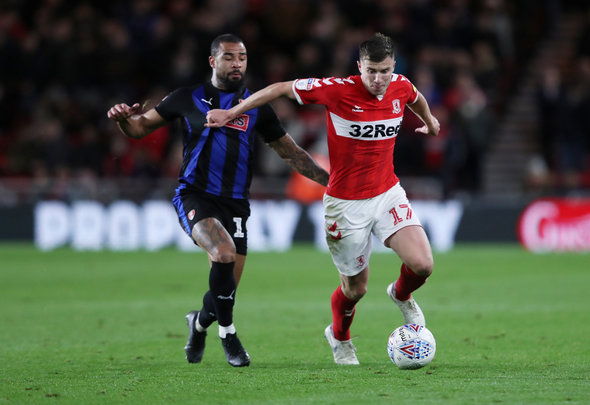 Speaking exclusively to Football Insider, the former Hoops ace revealed the 24-year-old has stood out on the international stage and that such performances will have only heightened Lennon’s interest in signing him at Parkhead.

The Celtic boss has confirmed that he is keen on a move for the 23-cap international ace, who is able to play as both a centre back as well as a defensive midfielder.

McNamara insists that the Boro player has shown the potential to be a quality player early in his career at Manchester United and that his performances for the national side suggest he has the ability to be a success at the Glasgow giants.

Asked whether McNair was of the quality required for Celtic, McNamara told Football Insider: “That remains to be seen. He’s showed some promise before as a young lad at Manchester United.

“Middlesbrough paid a lot of money for him so if Neil’s seen him, I think he’s done well with the national team with Northern Ireland, it’s drawn attention to that, how he’s done in international games.

“He can do multiple jobs of a good quality. That’s the most important thing, that they’re buying quality into the squad.”

McNair was in and out of the Middlesbrough side during the 2018/19 campaign with just 16 Championship appearances, only seven of those coming in the starting XI.

Despite being on the fringes at the Riverside, he has been a regular for Northern Ireland in their recent fixtures, playing every minute of their Euro 2020 qualifying campaign, scoring his first goal in a 1-0 victory over Belarus.

In other Celtic news, it can be REVEALED that a Hoops forward has travelled to England with a move to a Championship side on the cards.