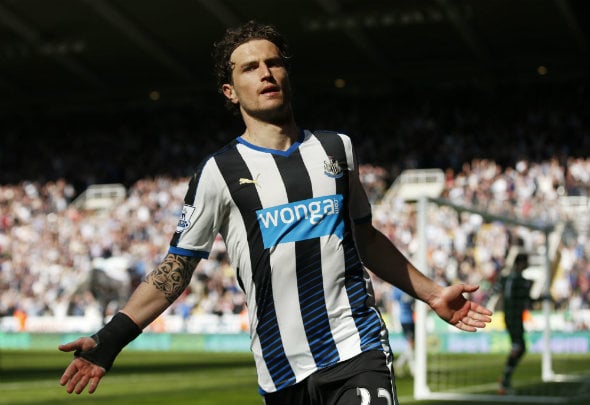 Newcastle defender Daryl Janmaat is set to undergo a Watford medical and complete a move to the Premier League club, according to a report.

The Chronicle claim that Watford have had an offer accepted and talks and medical tests are now set to take place in the coming days.

The 27-year-old defender was left out of Rafael Benitez’s squad for the EFL Cup clash against Bristol City on Tuesday night in a signal that the move is imminent.

Goal reported on Sunday that three clubs, including West Ham, were lining up moves for the right-back even though he still has four years to run on his St James’ Park deal.

Benitez hinted on Monday that Janmaat could be set to leave, as he was quoted as saying by the Chronicle’s chief football writer Lee Ryder that Newcastle would listen to offers for the Holland international.

The Daily Mail claim Newcastle want at least £10million for the former Feyenoord defender, who joined the Magpies two years ago for around £5million.

Benitez could allow Janmaat to leave and play at a higher level, after confirming the signing of versatile Champions League defender Jesus Gamez on a free transfer from Atletico Madrid.

The Holland international made 32 appearances for Newcastle in their doomed Premier League campaign, but did bag two goals and four assists.

In other Newcastle transfer news, they have joined the race for a West Ham target.