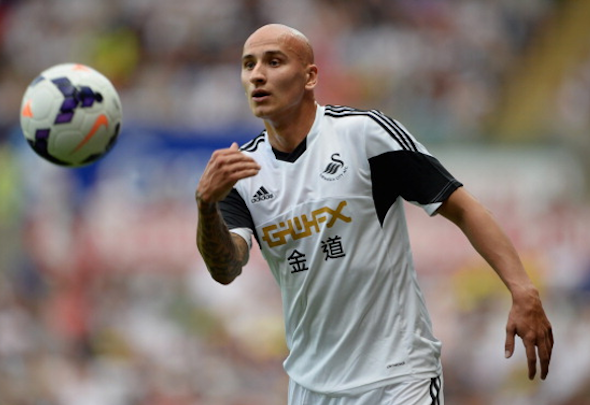 Jonjo Shelvey is set to undergo a Newcastle medical on Tuesday ahead of a £12million move from Swansea, Football Insider sources understand.

The England international has agreed the terms of a deal with Newcastle after growing frustrated at being in and out of the Swans’ starting X1 in recent months.

Football Insider revealed on Monday that the north-east club were hoping to tie up the £12million signing of Shelvey this week after opening talks with Swansea.

The deal for the 23-year-old midfielder is now agreed and there are just the formalities to complete before it is signed off.

But the former Liverpool man has  started just three Premier League games since October and was not part of the squad for the recent matches against Liverpool, Leicester, Manchester City and Manchester United.

Curtis, who revealed on Sunday there have been “enquiries” for Shelvey admitted last week that the midfielder is difficult to manage when he is not in the team.

“I’ve tried to speak to him and his attitude has always been in question, but he just wants to play and he gets frustrated if he is not in the team,” said the caretaker boss.

“If he is in the team he is not a problem at all, if he is not in the team he can be a bit more difficult to manage. He doesn’t come to you, you pull him in and find out when he is thinking about.”