Espanyol defender Gonzalo Avila ‘Pipa’ is set to undergo a Huddersfield Town medical tomorrow ahead of completing a £500,000 move, Football Insider can reveal.

The Yorkshire club have swooped for the defender as they step up their squad reinforcements ahead of the new season.

A Terriers source has told Football Insider that the club have had a bid accepted for Pipa and they are now putting the finishing touches to the deal. 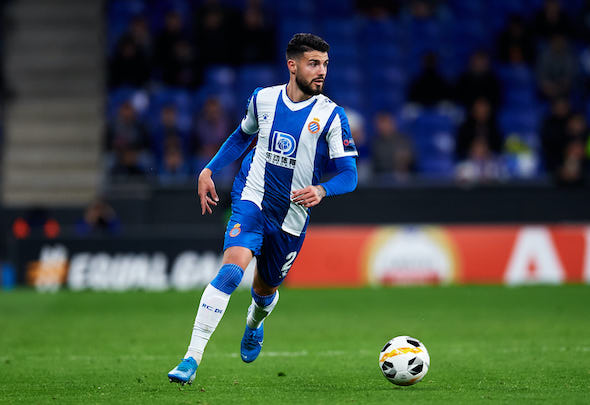 The right-back, 22, is due for a medical tomorrow and is set to put pen to paper on a long-term contract.

Manager Carlos Corberan has given the green light for Huddersfield to sign a player from his Spanish homeland.

As revealed by Football Insider yesterday, the Yorkshire outfit are also in advanced talks to sign Robbie Gotts on loan from Corberan’s former club Leeds United.

Capped by Spain at Under-21 level, he has an association with Espanyol stretching back to 2008.

The versatile operator, who can play as a right midfielder and a right winger, as well as in both full-back positions, made 13 senior appearances for the La Liga club last season.

Four of those came in Europe, including in a Europa League knockout round second-leg victory over Wolverhampton Wanderers.

Internationally, Pipa has won 10 caps for Spain’s youth sides and made his debut for Spain’s Under-21s in a friendly against Germany in October 2019.

In other news, a Euro club have opened talks to sign £11m Huddersfield Town star.