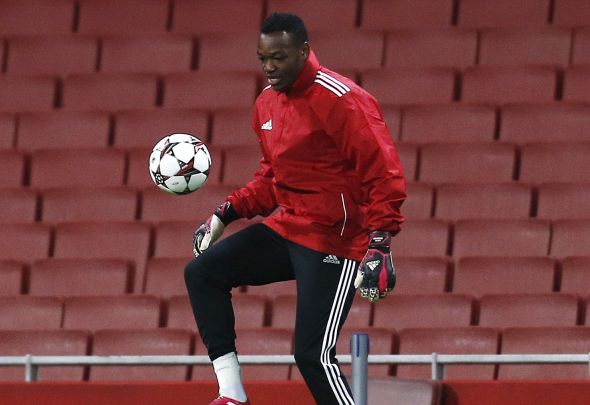 Everton are pushing to land Marseille goalkeeper Steve Mandanda, according to a report.

French publication RMC Sport claim that the Toffees will meet the goalkeeper’s agent later on Wednesday.

Mandanda has made 288 appearances for Marseille since signing from Le Havre in 2007 and has established himself as one of the top goalkeepers in France.

The experienced stopper is in the France squad at Euro 2016 as back-up to Tottenham’s Hugo Lloris, and he is permitted to negotiate with clubs as his eight-year spell with Marseille is set to end upon the expiration of his contract on June 30.

The 31-year-old has played 50 times in all competitions in the recently completed season, conceding 53 goals, but has reportedly decided to not accept a new contract.

Everton are currently searching for a new stopper following Tim Howard’s departure at the end of the 2015-16 season, after nine seasons with the Merseyside club.

Joel Robles was the Goodison Park club’s first choice keeper for the final months of the season, but there are doubts whether he is good enough to be the team’s number one in the Premier League.

They recently completed the appointment of Ronald Koeman as manager from Southampton, and the new boss is set to bring in a number of new players.

In other Everton news, the Toffees are eyeing a move for AC Milan striker M’Baye Niang.