Paul Merson has insisted that Rafa Benitez must “swallow his pride” over Aleksandar Mitrovic and start playing the striker.

In his column for the Daily Star, the pundit revealed that in his opinion Mitrovic should be playing for the Magpies as he offers something different.

“Where is Aleksandar Mitrovic? He wasn’t even on the bench against Everton and they need him in the team, in my opinion, said Merson.

“I don’t know what’s gone on there but Rafa needs to swallow his pride and put him back in the team.”

Merson called the decision to not play him strange and shared that Dwight Gayle and Joselu are both lively, but Newcastle United need someone who will do the dirty work.

The pundit believed Mitrovic would be that player and while admitting that the striker cannot always be trusted, shared that it’s time to take a chance.

Mitrovic has only made six appearances in the league this season, scoring one goal in the win against West Ham.

The Magpies haven’t won any of their last eight league games, slumping to seven defeats.

The poor form sees Newcastle United sit 16th only one point away from the relegation zone.

The Magpies are next in action against seventh place Arsenal on Saturday, a side they have lost to in nine successive league meetings.

Newcastle United haven’t won away to Arsenal since November 2010, but the Gunners are winless in their last three league games.

In other Newcastle United news, the Magpies are clear favourites to sign this defender in January who is valued at £20million. 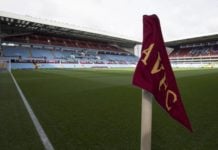 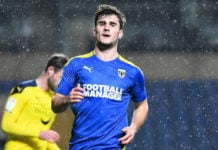