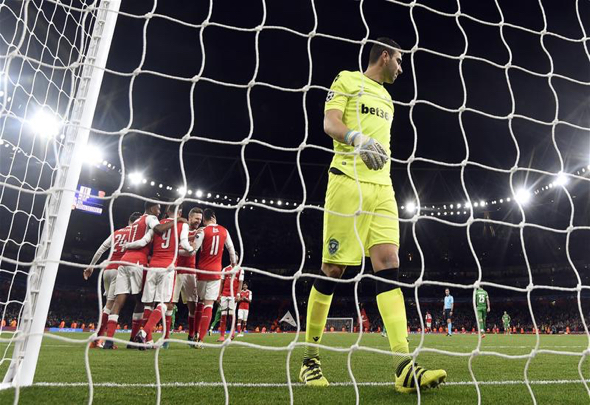 Mesut Ozil scored his first ever career hat-trick in a stunning demolition of Bulgarian side Ludogorets in the Champions League on Wednesday.

Ozil waited until the second half to get on the scoresheet but made amends by scoring three times and getting to keep the match ball.

After the game he posted a message on his personal Twitter account showing a very happy Arsenal team in the changing rooms.

Mesut Ozil is at the centre of the photo and is proudly holding the match ball.

After losing 4-3 to Liverpool in the first game of the season, Arsenal have found their form quickly and are now unbeaten in 11 games in all competitions.

They have won their last seven games, scoring an impressive 23 goals and only conceding three, and two of these came in their last Premier League game against Swansea.

Arsenal take on Middlesbrough next at the Emirates in the Premier League before a trip to Reading in the EFL Cup. They’ll be looking to make it ten wins in a row by winning these and beating Sunderland at the Stadium of Light on October 29.

In other Arsenal news, this key duo is back in training ahead of the game against Middlesbrough.