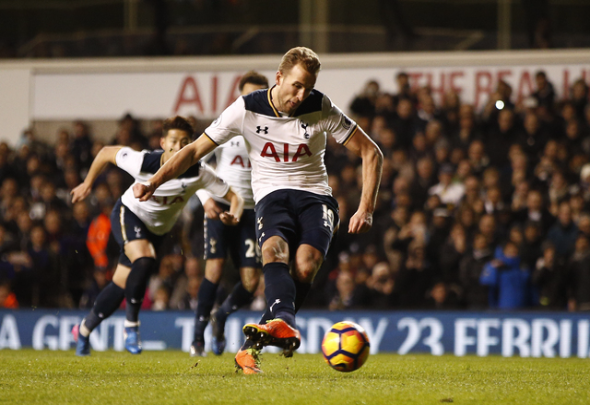 Michel Vorm believes that Tottenham delivered a “great performance” in the victory over Stoke and congratulated Harry Kane on his contribution.

Spurs recorded a 4-0 victory against Stoke at White Hart Lane, which helped them move up to second in the Premier League table.

Kane, 23, stole the headlines for his first-half hat-trick and took his tally to 22 goals across all competitions, plus Dele Alli managed to get on the scoresheet.

Spurs’ number two goalkeeper Vorm praised the star striker after his role in the win.

“Great performance by the boys today. Congratulations to Harry Kane on another hat-trick,” Vorm wrote on his personal Twitter account.

Kane has been in sensational form for Spurs this campaign and made sure that team-mate Vincent Janssen has been unable to get a look in.

The England international has now scored three hat-tricks this season and has been in great touch in front of goal.

He will hope to fire Spurs to a place in the top four place come the end of the season, but they are unlikely to catch Premier League leaders.

Chelsea are the runaway leaders and look set to clinch the title, meaning Spurs are left battling for a Champions League spot.

In other Tottenham news, the club’s player is miles away from being as good as Gareth Bale.