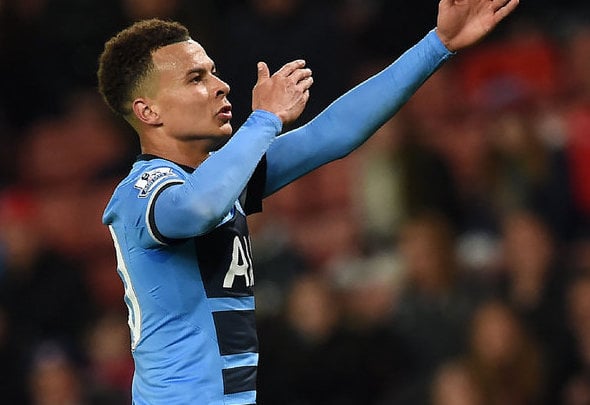 Claudio Ranieri’s team demolished Swansea 4-0 on Sunday afternoon to guarantee a top-two finish this season and leave Spurs as their only mathematical title challengers.

Tottenham must now win at least three of their four final matches of the season, starting with their home match against West Brom on Monday night, to be in with a chance of winning the league.

Leicester’s victory at the King Power Stadium, without suspended star striker Jamie Vardy, lifts them to 76 points, eight clear of the Londoners, who have 68 points.

The Foxes now need five points from their last three matches of the season to clinch the first league title in the club’s history.

Former Spurs midfielder Hazard refused to be despondent in the wake of Leicester’s crushing win and told fellow supporters the result was “great news” on his personal Twitter account. He added: “What started a 20 horse race it’s now down to only 2 and we are 1 of the 2 so let’s keep hoping it goes our way”. Hazard added the hashtag #IBELIEVE.

Great news guys, what started a 20 horse race it’s now down to only 2 and we are 1 of the 2 so let’s keep hoping it goes our way #IBELIEVE

Whether I’m right or wrong you never give up, imagine if our players felt like this, no way this is over, we are there until it’s over COYS

Tottenham are aiming for their third consecutive league win on Monday after convincing triumphs over Stoke and Manchester United in their last two matches.

In other Tottenham news, the club are preparing for a defensive reshuffle in the summer.