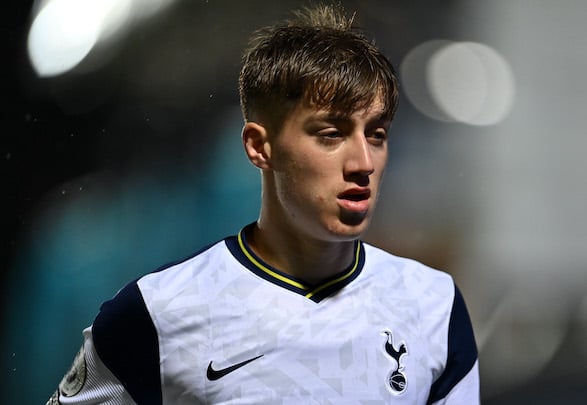 Jack Clarke is in danger of becoming the forgotten man at Tottenham, according to Danny Mills.

Speaking exclusively to Football Insider, the ex-Leeds United and England defender delivered his verdict after the winger suffered a season-ending injury while on loan at Stoke City.

Football Insider revealed last Friday (2nd April) the 20-year-old’s Stoke loan had been terminated after he suffered an Achilles injury. 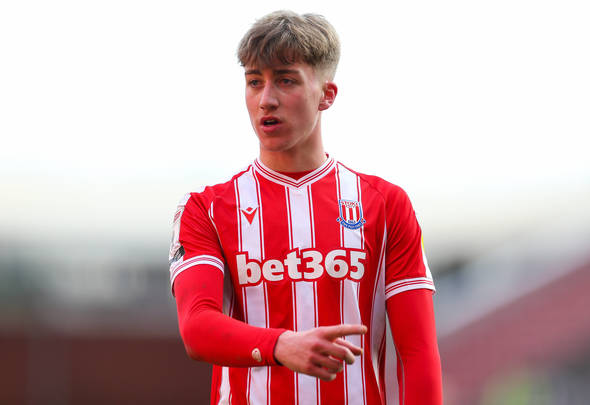 It’s another setback in Clarke’s torrid time at Tottenham. He spent his first season away on loan at Leeds and QPR but only featured in seven Championship games – all from the bench.

The Sun reported months after his arrival in north London that it was Daniel Levy who pushed to sign Clarke against ex-manager Mauricio Pochettino wishes.

Shortly into Clarke’s first season as a Tottenham player, Pochettino was sacked by Levy.

“He’s done nothing at all [since he left Leeds],” Mills told Football Insider correspondent Connor Whitley.

“When you go back to it at the time, I said be very, very careful when you move too soon. We’d seen it before with players leaving Leeds early.

“They leave a season or two early for the bright lights, more money, then suddenly you’re not playing anymore and you become forgotten very quickly. You’re not at the forefront of people’s minds.

“And I think that’s what’s happened to Jack Clarke. I understand why he wanted to leave but I thought it was too soon and it’s happened to numerous young Leeds players who have left.

“They’ve moved to a big club as potential then they’re left out or they’re in the under-23s and they don’t progress as they would’ve hoped.

“Then a couple of years down the line they have to go backwards. You think of Jack Clarke now he’s going to have to drop down to the bottom half of the Championship, maybe even lower to get a regular game. That’s not where he wants to be but it’s where he will end up.

“That great move that he thought he took actually, in hindsight, wasn’t.”

In other news, Southampton have set their sights on an “amazing” Tottenham player after a big development – and Mourinho has already lined up a replacement.