Danny Mills has insisted Daniel Ek will have to go “ridiculously over the odds” if his Thierry Henry-backed Arsenal takeover is to be successful.

Speaking exclusively to Football Insider, the ex-England defender warned a takeover by the Swedish billionaire will not lead to Roman Abramovich-style spending and it will still be run as a business.

Spotify co-founder Ek told CNBC he had secured the funds for a potential takeover and he wanted to re-connect the club with it’s fanbase.

Spotify co-founder and CEO Daniel Ek says he has 'secured the funds' to takeover Arsenal and will now present a 'very compelling offer' to owners Stan Kroenke and Josh Kroenke to buy the club. pic.twitter.com/JLWskeOHU1

In response, the Kroenke family released a statement insisting they would not sell at any price and they were fully committed to the Gunners.

Asked for his reaction to Ek’s TV appearance, Mills told Football Insider correspondent Connor Whitley: “Clearly he’s trying to get the fans on board, first and foremost.

“That’s why the deal’s not being done in private. It’s ‘Come on look, I’ve got Thierry Henry, Dennis Bergkamp. All these players are behind it.’

“Unless he’s going to pay ridiculously over the odds for it then I don’t think the Kroenke’s will even entertain it.

“As long as Arsenal are making money and it works from a business sense I don’t think they’re overly bothered about anything.

“The fans won’t like that but when you sell out to these big billionaires this is what you’re selling out to. You’re selling part of the soul of the football club. 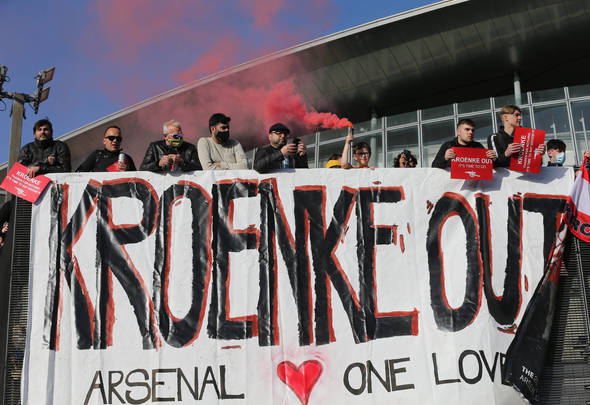 “This is not a Jack Walker situation. If Ek wants to suddenly come and buy it now, he will have to pay quite a bit over the odds.

“He’s not going to do an Abramovich and just throw money at it left, right and centre. It will still have to be run as a business.”

In other news, Arsenal have been tipped to spend big this summer amid a £150million+ finance guru reveal.