Speaking exclusively to Football Insider, the former England defender whose son is a member of the Toffees’ academy, suggested the 21-year-old is not at the level required for the first-team at Goodison Park. 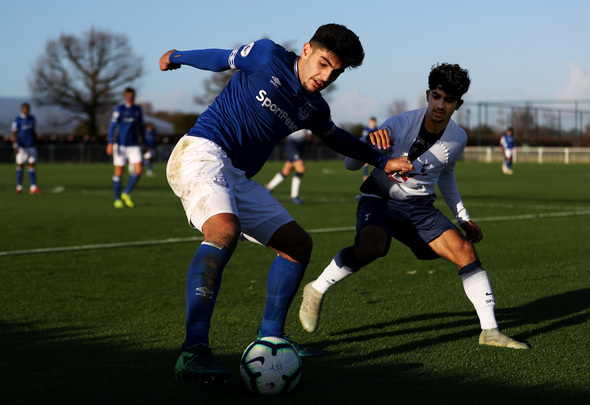 The centre-back penned a one-year deal last July meaning this month’s window is the last time the club can demand a fee for him.

He has not made a senior matchday squad this season despite being the Toffees being left short of defenders due to the injuries to Lucas Digne and Seamus Coleman.

Centre-backs Ben Godfrey and Mason Holgate have filled in for the experienced pair but Ouzounidis has not been able to take advantage with 18-year-old Jarrad Branthwaite above him in the pecking order.

“If the other option is the player leaves on a free transfer in the summer and realistically he’s not part of your first-team plans and you don’t think he’s going to go to the next level then of course, you look to move that player on.”

Ouzounidis has played eight times for David Unsworth’s Everton Under-23s side this season in Premier League 2.

Last season he saw his game time limited due to an ankle and Achilles injury but he still managed eight games for the Under-23s in their coronavirus-impacted season.

In other news, Football Insider can reveal Everton have opened talks over a £5million January signing.